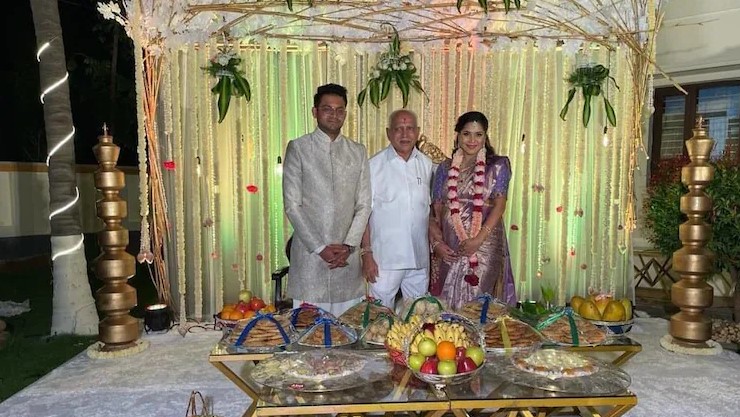 Bengaluru: Prime Minister Narendra Modi called former Karnataka Chief Minister B.S. Yediyurappa and consoled him over the death of his granddaughter on Friday.

Dr Soundarya (30), the grand-daughter of Yediyurappa, committed suicide by hanging at her flat in Bengaluru.

Family sources said that the PM consoled Yediyurappa on his loss and asked him not to lose strength at this difficult hour.

The High Ground police have registered a case of unnatural death following a complaint by her husband. The police have taken possession of the veil used in the hanging.

Khwaja Hussain, the staff manager, said that the couple had lived in the flat for two years.

The couple were cordial and shared a harmonious bond. After the birth of their child, Soundarya did not come to the flat and her husband Dr Neeraj lived alone. There were two workers at home.

Soundarya came back home on Thursday. We knew she was the granddaughter of Yediyurappa. She had given the baby to the nanny before ending her life, Hussain stated.

Family sources said that Soundarya’s final rites would be performed at her husband’s farmhouse later on Friday.