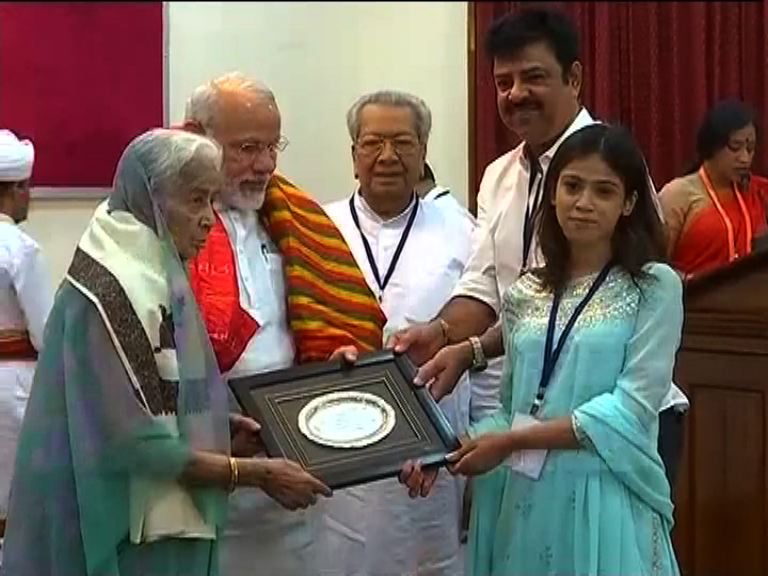 He honoured the families of freedom fighters, who have sacrificed their lives in fight against British rule, in presence of Odisha Governor SC Jamir and former Odisha minister Biswa Bhushan Harichandan.

Speaking on the occasion, Modi said, “Today the history was recalled with pride. It is my honour to see the descendants of martyrs. Unfortunately, the long years of freedom movement was confined in few persons and specific period. We should recall the events and contribution of everyone who participated in the freedom struggle. Odisha secured the top position for its immense contribution for freedom movements”.

BJP hopeful of dethroning BJD govt in Odisha in 2019

In Pics: PM Modi’s visit to Lingaraj Temple in Odisha