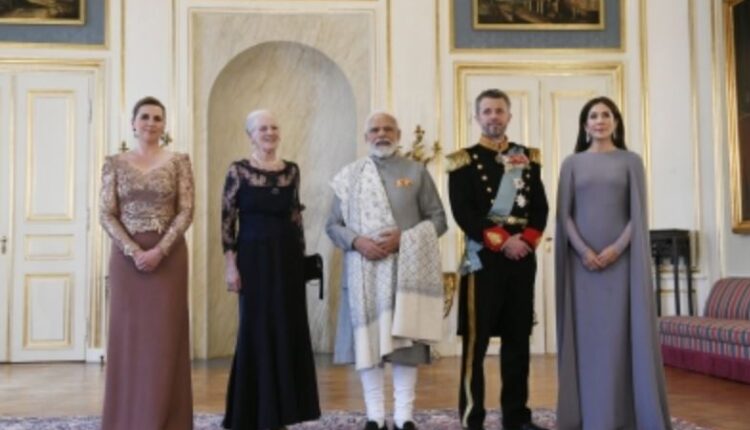 The Prime Minister felicitated the Queen on the occasion of the Golden Jubilee of her accession to the throne of Denmark.

He briefed her on the “increasing momentum” in India-Denmark ties in recent years, particularly the Green Strategic Partnership. He also lauded the role of the Danish Royal Family in furthering social causes.

Prime Minister Modi thanked her for the warm reception and hospitality extended to him, the minsitry said.

Earlier in the day, the Prime Minister held a bilateral meeting with the Frederiksen and discussed wide range of issues including regional and global matters.

Both leaders lauded the expanding people to people ties between the two countries, and welcomed the Declaration of Intent on a migration and mobility partnership.