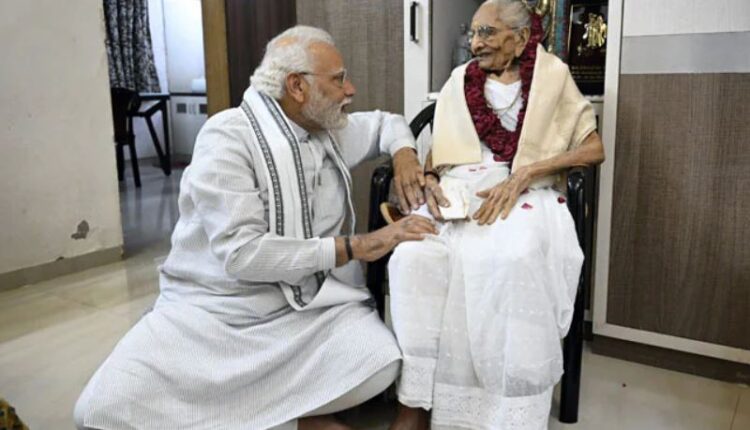 She was admitted to Ahmedabad’s UN Mehta Hospital after her health deteriorated.

UN Mehta Institute of Cardiology and Research Centre said in a statement, “Hiraba Modi passed away on December 30 at 3.30 a.m. (early morning) during the treatment at UN Mehta Heart hospital.”

Modi wrote with a heavy heart, “A glorious century rests at the feet of God. In Maa, I have always felt that trinity, which contains the journey of an ascetic, the symbol of a selfless Karmayogi and a life committed to values.”

The Prime Minister met his mother for the last time at the hospital where she had been admitted on Wednesday.

Football legend Pele passes away at 82