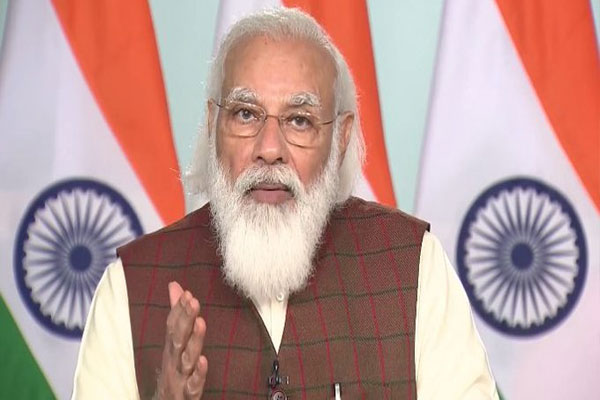 New Delhi:  Prime Minister Narendra Modi on Saturday emphasized on use of technology and the necessity for strong startups to achieve the ‘Aatmanirbhar Bharat’ (self-reliant) goal.

Speaking at the sixth meeting of the Governing Council of NITI Aayog, the Prime Minister also stressed on ‘zero defect, zero effect’ mantra which he gave in August 2014 to Indian entrepreneurs for better products–a direct reference to the need to make things without causing the environmental harm.

“We should enhance the use of technology and focus on the opening of new startups to strengthen its expansion to achieve the goal of ‘Aatmanirbhar Bharat’,” Modi said.

He further said that ‘Aatmanirbhar Bharat’ campaign is the way to build an India that produces not only for its needs but also for the world, and these productions will also stand the test of world superiority.

To achieve the goal, the Prime Minister added there is need for better coordination among Centre as well as states and increase export.

The veteran BJP leader also suggested for putting a competition among states for increasing exports and begin a monthly review system.

Patient among 3 dead as ambulance hits truck in Cuttack