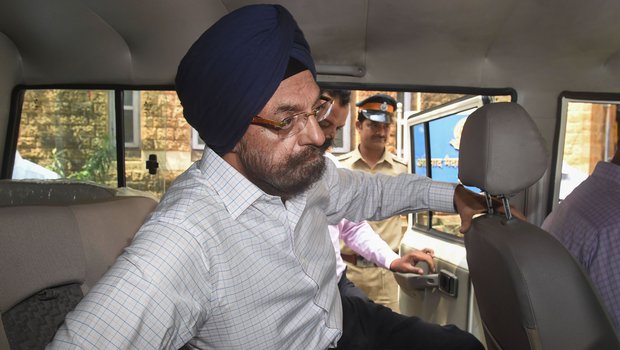 In its application seeking extension of remand for Singh and HDIL Directors, the EOW said Singh played a key role in the fraud case, and kept the scam suppressed for a long time.

The EOW said it suspects he may have accumulated assets and also siphoned the scam money to other activities to hide them.

Late in September, the EOW had filed a case based on a complaint lodged by PMC Bank’s Manager Jasbir Singh Matta, (Recovery Cell) naming Singh, then Managing Director Joy Thomas, other PMC Bank officials, HDIL Directors Sarang Wadhawan and Rakesh Wadhawan and others for causing losses to the tune of Rs.4,335 crore to the Bank.

Thomas and others deliberately misreported false information to the Reserve Bank of India (RBI) on the status of the HDIL loan accounts of HDIL, the EOW contended.

The accused allegedly replaced 44 HDIL loan accounts having huge outstandings with 21,049 fictitious loan accounts without going through the Core Banking Solution but merely as entries in the documents submitted for RBI scrutiny.

All this was done with the full knowledge of the bank directors and officials to camouflage the actual position and instead paint a rosy picture to lure more depositors.

The police added that despite repeated rounds of interrogation, Singh was not co-operative, changed his versions, gave illogical explanation to various issues and tried to divert the probe, etc which led Thomas to cover up the HDIL’s NPA accounts, thus causing huge losses to the Bank.

Amidst huge protests by PMC Bank depositors outside the court, Singh and other accused were sent to judicial custody till October 23.