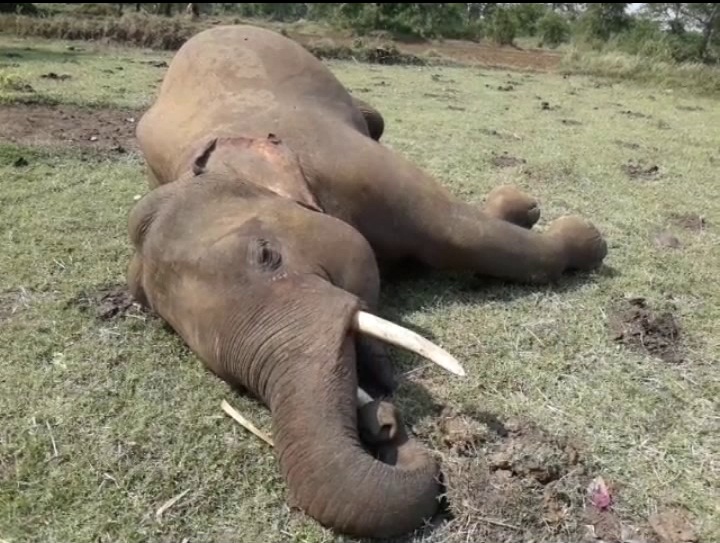 Dhenkanal: A giant tusker died of electrocution in Hindol forest range after coming in contact with a live wire trap allegedly laid by poachers here in the district.

The locals spotted the elephant dead with electrical injury marks at a farmland near Karnapur beat house this morning.

The preliminary probe by the forest department suggested that the tusker was electrocuted after being trapped by the electric wires laid on the ground by the poachers.

The forest officials said that stern action will be taken against the culprits involved in elephant poaching.

‘Baba’ arrested for misbehaving with minor girl in Odisha