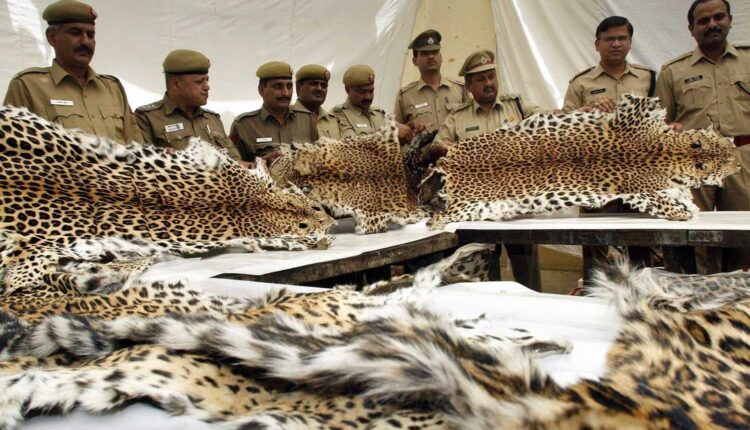 Poaching or the illegal killing or capture of wild animals for selfish needs or the purpose of trade is unfortunately not a new development in third world countries like India. According to the National Tiger Conservation Authority (NTCA), there have been 141 cases of poaching and 84 seizures between 2012 and 2018. The maximum number of such cases took place in Madhya Pradesh, with over 31 incidents of poaching and 12 cases of illegal seizures. Not just the big wild cats, over 3,350 pangolins, 150 million seahorses, about 70,000 tons of sharks, 1.5 million freshwater fish from the 30 threatened species, over 7,00,000 birds, and around 44 rhinos from Assam were poached during the past decade. As a result, poaching has become one of the primary causes of the extinction of several endangered species in India, placing many others on the endangered list.

Consequently, the practice has affected the wildlife and the ecosystem as a whole, from animals to plants and even human beings. Forests and grasslands rely on animals for essential nutrients, and when these animals are endangered, it also depletes the overall flora and fauna in that area, thereby putting the environment at risk.

More than doubled incidents of poaching during the lockdown

Unfortunately, during the coronavirus-induced lockdown period, the number of cases of wildlife poaching more than doubled. TRAFFIC, a wildlife trade monitoring network and an NGO working globally on trade in wild animals, conducted a study that exposed shocking statistics. While the number of poaching incidents reported in February was 35, the numbers surged to 88 between March 23 to May 3.

While the numbers have more than doubled, TRAFFIC operating as a program division of the WWF India, revealed that the development was not particularly limited to a specific state or geographical area. During this period, over 88 wild animals were killed for meat and trade. According to the ‘Covid-19 crisis: An analysis of poaching and illegal wildlife trade trends’, these included nine leopards that were killed during the lockdown. While the numbers have increased, there has been no evidence Reports of stockpiling of wildlife products for future trade.

Changes in the Trend

Poached animals were primarily used for their meat. Before the lockdown, these constituted about 22% of poaching incidents, i.e., 8 out of 35. However, during the lockdown period, the percentage of such cases roses to 44%, i.e., 39 out of 88. Apart from this, poaching of small mammals including hares, porcupines, pangolins, giant squirrels, civets, monkeys, smaller wild cats also showed a remarkable all-time high.

WWF-India has also expressed apprehensions regarding such small animals’ poaching because such incidents also contribute to the depletion of the ecosystem. Unregulated poaching will eventually reduce the prey base for bigger animals like wild cats, thereby posing human-wildlife conflicts.

On the other hand, fewer cases of poaching and illegal trading of freshwater tortoises and turtles were reported during this period. According to the reports, there were almost no seizures of these species.

The data also revealed that over 222 people were arrested in poaching-related cases by various law enforcement agencies during the country’s lockdown period. The numbers are alarmingly high as compared to the 85 suspects that were arrested before the lockdown.

Why does poaching still exist vs. the measures taken to curb the practice?

An article published by ‘The Print’ in 2019 provided glaring details on how a wild cat is poached in India. A few tribal communities, such as the Pardhis and Bahelias, have historically been linked with poaching and hunting activities. The most vulnerable areas of poaching lie in Madhya Pradesh, Maharashtra, and Karnataka. These tribes usually follow a signature style of hunting, which ensures a less-risk, high-reward “business” opportunity. These tribes have further thrived on increasing rail and road networks placed near and inside the tiger reserves. Such passages allow a covert to travel from the crime scene to the trade hub.

Following the hunt, the poacher communicates with a carrier, which acts as the middleman between the poacher and the trader. The poachers make somewhere between Rs 20,000 to1 lakh, whereas; the middlemen earn anywhere between Rs 10-70 lakhs. The final customer from a domestic market pays up to 20-0 lakhs, while one from an international market pays upwards of Rs 1 crore. Regrettably, unlike everything else, the demand for wild animal products has failed to subside down despite the dip in the economy. Hence, trade flourishes.

Additionally, the lack of strict convictions plays a huge part in the prevalence of poaching in India. Not just the historic tribes, but professional hunters, farmers guarding their crops, and middle-class individuals hunting for products or pleasure have also risen in numbers.

In attempts to curb poaching, several governmental and non-governmental agencies have taken up initiatives such as the rehabilitation of nomadic tribes, education of their children, and more generous support to the forest staff.

Various other initiatives have also shown a decline in poaching. “A successful initiative was undertaken by Karnataka-run Jungle Lodges that trained poachers and fishermen involved in illegal fishing to act as guides (they were called gillies). A stable job was offered to the poachers. The immediate and most reassuring result was on the health of the river systems –the endangered hump-backed Mahseer carp rebounded in the stretch of river protected by the reformed poachers,” The Print.