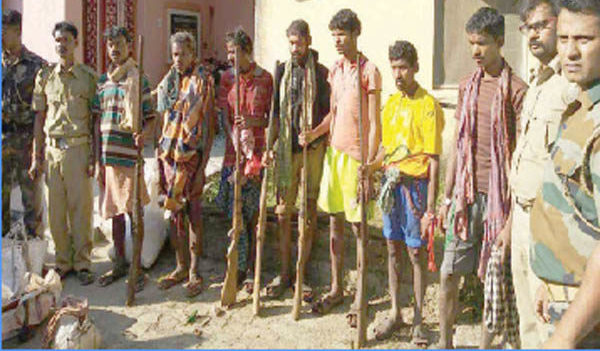 Kaptipada: A gang of poachers suspected to be involved in anti-wildlife activities was busted by the forest officials here with the arrest of seven persons in Dubigarh Rajarani pond area in Mayurbhanj district.

The officials seized eight-kg meat of barking deer and five country-made guns from the poachers.

A case has been lodged against the accused and they will be forwarded to the court on Friday following interrogation.

According to reports, the gang of poachers was active in Similipal core area in the past few years.

Acting on a tip-off, a team of forest officials at Kaptipada range conducted the raid and busted the poaching gang.