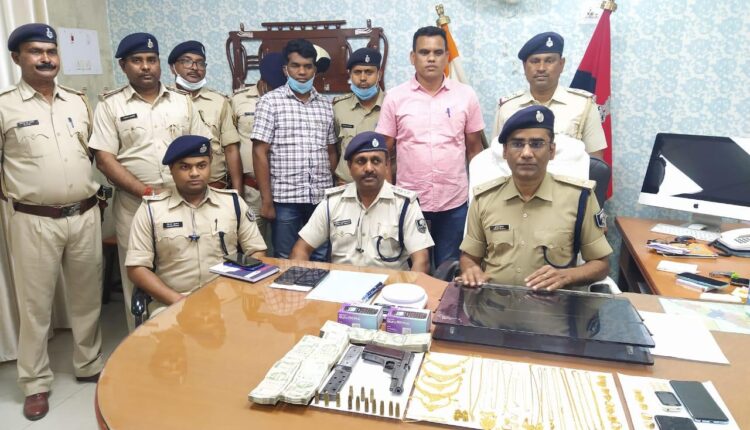 Sundargarh: After nine days of the loot and murder of a gold jewellery shop owner in Badagaon village of Sundargarh district, police today arrested five persons in connection with the incident.

The accused were arrested from Bihar and Jharkhand and will be produced before Gopalgunj court in Bihar, informed Sundargarh SP Sagarika Nath at a presser today. Search is on to nab the other accused involved in the incident, she added.

On March 1, three bike-borne miscreants opened fire at Rohit Verma when he was opening his jewellery shop and decamped with a bag containing gold. Later, Verma succumbed to bullet injuries while undergoing treatment at hospital.

Acting on a complaint, police had registered a case under Sections 394, 397 and 302 of IPC and formed three special teams for investigation. During investigation, police found involvement of six persons, including a local, in the incident.