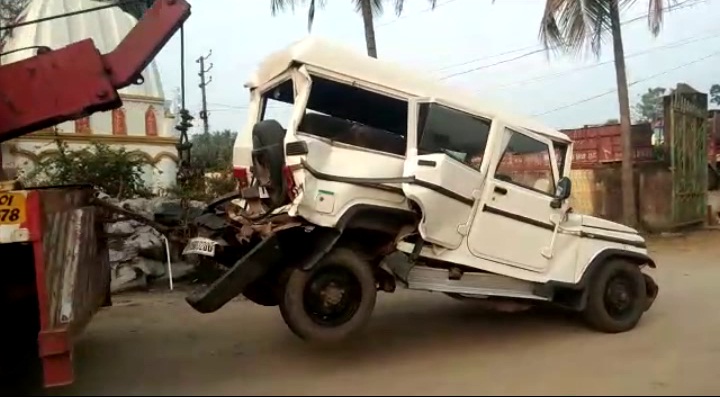 Balasore: It was a close shave for the cops after a police van was crashed while rescuing accident victims on the road in Soro area here in the wee hours today.

The truck that hit the police van managed to flee after the incident.

According to reports, two persons were injured after a car traveling from Balasore to Bhadrak had turned turtle at around 3.00 am near Chapolia Chhak on NH 16 in Soro area. Receiving information, the Soro police rushed to the spot to rescue the accident victims.

While rescuing the injured persons from the car and making arrangement to send those to the SCB Medical College & Hospital in Cuttack, a speeding truck coming from the opposite direction hit the police van.

The incident took place when the cops were not present inside the van.