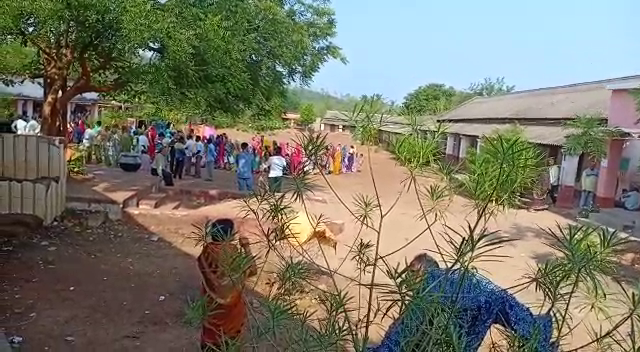 Bhubaneswar: Even as people queue up for exercising their voting franchise in third phase of simultaneous elections 2019, poll boycott was reported from several places in Odisha.

The villagers of Bamandagarh, Lepeikani and Parangamal decided to remain absent from casting their votes expressing discontent over several issues.

Three booths in Kuchinda recorded no polling while the voters boycotted the elections at booth number 246 and 247 in Keonjhar.

Similarly, the villagers of Kenhaigola and Ranipada in Keonjhar district boycotted the voting alleging that they are deprived of getting basic facilities and administration’s failure in carrying out various developmental projects in their villages.

The villagers of Telkoi also boycotted the elections at booth number 20 demanding drinking water and bridge on the Brahmani River.

The voters at Param Sahi under Champua Assembly Constituency also refrained from casting their votes.