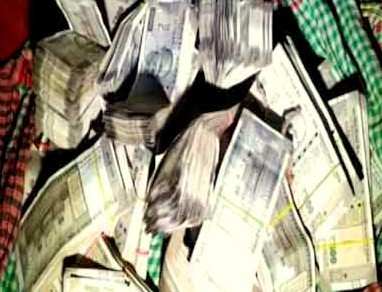 Puri: Couple of days before the third phase polls in Odisha, an election flying squad today seized Rs 14.6 lakh from a motorcycle at Gopinathpur Chhak under Brahmagiri police limits in Puri district.

The squad led by the Returning Officer was carrying out frisking of vehicles when the bike rider came under suspicion. On checking the two-wheeler, the cash was found inside the dickey of the vehicle.

The source of the money was yet to be ascertained, till last reports came in. Police detained two persons in this connection for questioning.