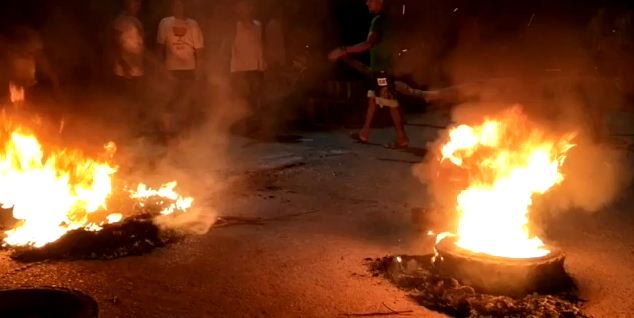 Bhanjanagar: Hours before the commencement of second phase polls in Odisha, a supporter of the BJP was allegedly thrashed to death by a group of people at Kadalijhola village under Sorada police limits in Ganjam district last evening.

The assailants reportedly attacked Santosh Pati (28), the deceased, with iron rods and lathis around 8.30 pm.

According to reports, a dispute had yesterday ensued between supporters of two political parties over poster tearing in the village. In the evening, more than 12 youths scolded Santosh while he was standing in front of his house and later launched a murderous attack on him.

Santosh sustained critical injuries in the incident and was admitted to the Bhanjanagar sub-divisional hospital, where he was declared dead. Tension gripped the village following the death as irate locals staged road blockade by burning tyres, demanding arrest of the culprits.

Police have started investigation into the incident and efforts were on to nab the attackers. The prime accused of the case, identified as Kumar Nayak, has been arrested, police sources said.