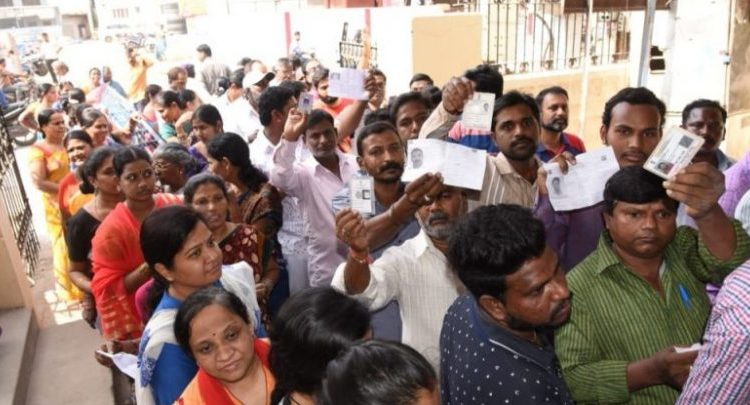 Hyderabad: Polling is underway in the municipal elections in Telangana on Wednesday amid elaborate security arrangements, officials said.

The polling began at 7 a.m. in 120 municipalities and nine municipal corporations across the state and it will continue till 5 p.m.

While the notification was issued for elections in 3,052 municipal wards, polling will not be held in 81 wards, where the candidates were elected unanimously.

Authorities have deployed 50,000 policemen as part of elaborate arrangements to ensure free and fair polling.

The government has declared a holiday in the areas where elections are being held on Wednesday.

State Election Commission (SEC) officials were monitoring polling through web-casting in 2,406 polling centres while poll process is being videographed in 2,072 centres.

Out of 73 new municipalities created in the state last year, 68 are facing elections for the first time. Women will have 50 per cent reservation in all civic bodies.

Elections are not being held in Greater Hyderabad Municipal Corporation (GHMC) and 10 other urban local bodies as their tenure is not yet over.

Polling for Karimnagar municipal corporation will be held on January 24.