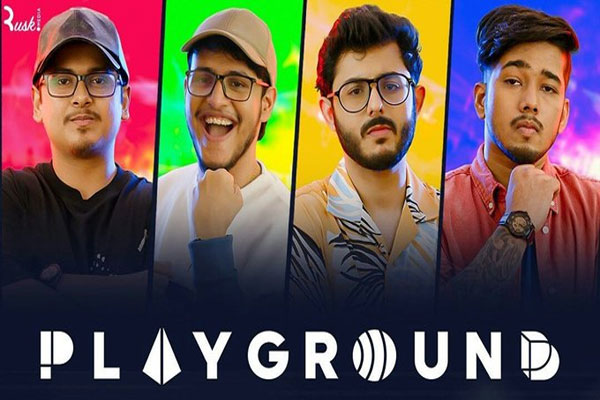 Mumbai: Celebrated YouTuber and gaming star CarryMinati along with Triggered Insaan, Mortal and Scout are coming together in the first gaming entertainment show titled ‘Playground’ by Rusk Media.

Expressing his excitement for ‘Playground’, CarryMinati said, “With Playground, our vision is to garner a more mainstream appeal for gaming in India. There’s nothing really available today that combines gaming and entertainment so well for the masses. This show aspires to do that in the long run. ‘Playground’ has all the elements that makes it engaging and powerful – from strategy to mind games to camaraderie to thrills to emotions and much more. The gaming community finally is getting its’ own deserving platform and I can’t wait for everyone to be a part of it.”

Ahead of the launch of ‘Playground’, the four gaming stars were seen provoking and challenging each other on social media under the digital campaign #GameKyaHai and they have received a positive response to the campaign.