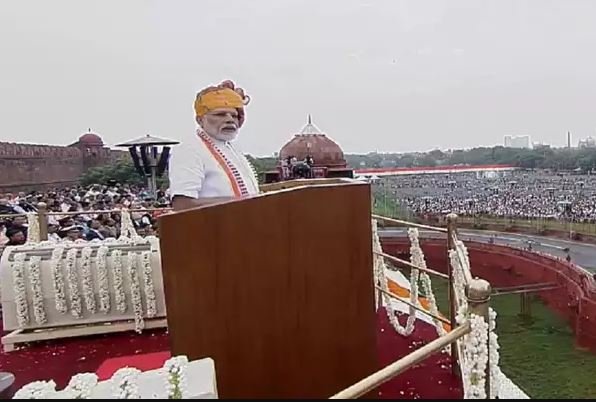 New Delhi: Prime Minister Narendra Modi spoke on the need for population control during his Independence speech from the ramparts of Red Fort.

Modi said that there is a greater need for discussion and awareness on the population explosion.

“Population explosion will cause many problems for our future generations. But there is a vigilant section of public which stops to think, before bringing a child to the world, whether they can do justice to the child, give them all that she or he wants. They have a small family and express their patriotism to the country. Let’s learn from them. There is need of social awareness,” Prime Minister Modi said.

Now One Nation, One Constitution: Modi over Article 370 abolition