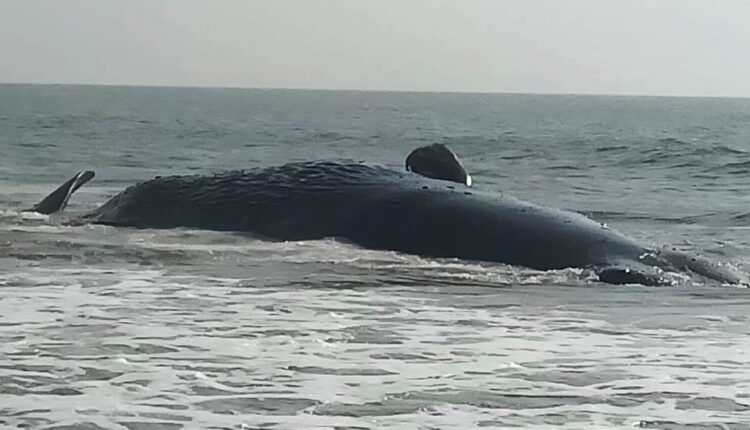 Kendrapara: Carcass of a giant whale was found near Agarnasi coast under Rajnagar block in Kendrapara district post Cyclone AMPHAN.

The fishermen saw the carcass of whale floating in the seawater in the morning. They immediately informed the forest department following which a team of officials rushed to the site and recovered the body of aquatic animal.

The size of dead whale is assumed to be 60 ft long.

Agarnasi island within the Gahirmatha sanctuary limits is known for Olive Ridleys where the endangered sea turtles visit the coast for breeding and laying eggs.

Source said that the 60-ft-long dark coloured whale might have died due to strong winds and tidal surge caused by the Super Cyclonic Storm AMPHAN that crossed along Odisha coast three days ago.