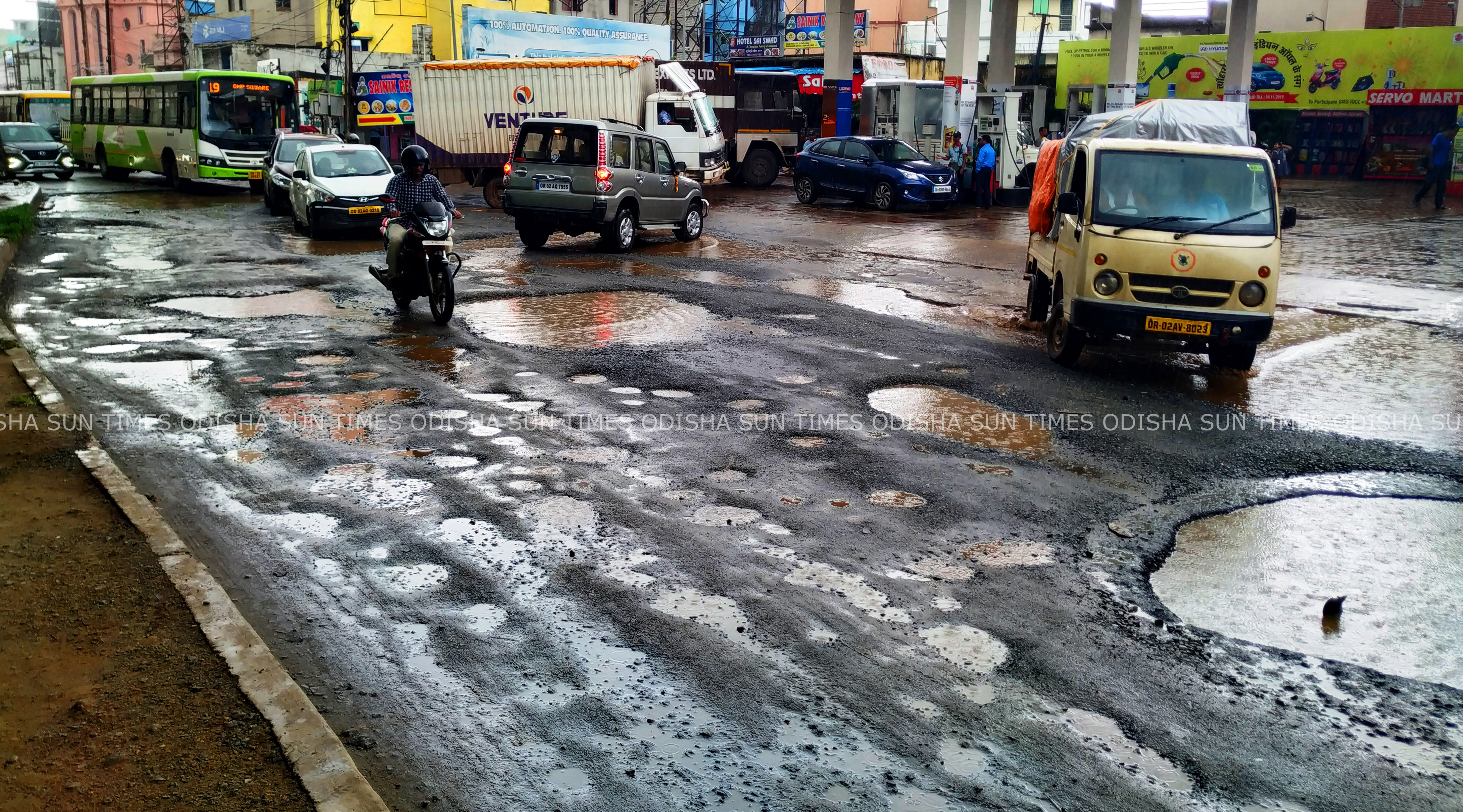 Bhubaneswar: Monsoon brings cheer for many and agony for some. Motorists in Odisha capital go through tough times negotiating potholes at several places in the Smart City.

Quick enough to implement the new Motor Vehicles (Amendment) Act, 2019, but not to address the sorry state of roads, including national highway, in the capital city?

The new traffic rule was implemented from September 1 and hefty fines were collected from violators. But isn’t it the duty of the authorities to repair damaged roads that have literally become death traps? We are paying road tax to the government. Can’t we expect motorable roads?

These were the questions raised by commuters in the state capital as they allege driving on some major stretches, including the NH at Rasulgarh Square has become a risky proposition due to deadly potholes caused by incessant rain and poor drainage system.

Reportedly, it has been over a month since the condition of the NH-16 at Rasulgarh Square has become horrible due to large potholes following incessant rain in the recent past. The condition of the road has become so worsened that commuters dread to drive through the stretch, particularly after a brief spell of downpour.

“Motorists can meet accident if they lose balance even for a second while driving on the NH. The potholes reveal the poor quality of road works,” alleged a local resident.

Akash Das, a motorist, said, “I travel to Bhubaneswar from Cuttack regularly as I work in a private company here. But I face so much difficulty while entering Rasulgarh as several potholes on the stretch have been filled with rainwater. The route gets jam-packed due to the potholes. The administration should immediately take steps to address this issue.”

Regular commuters like office goers or students are bearing the brunt of traffic congestion under the Rasulgarh flyover caused by the hazardous potholes, said another resident.

“The officials of the state government had posted on social media a comparative figure of the penalties for traffic violation in several countries. They compared it with Singapore and other countries. Do we have the similar roads here in Odisha?,” asked Partha Mohanty, a software professional.

Besides the poor road condition, underground cabling works at various places are compounding the misery of the commuters.

Earlier in May, the Twin City Commissionerate Police had identified several black spots in the city owing to frequent road mishaps. It is pertinent to mention here that nearly 5,000 people die in road accidents in Odisha ever year.