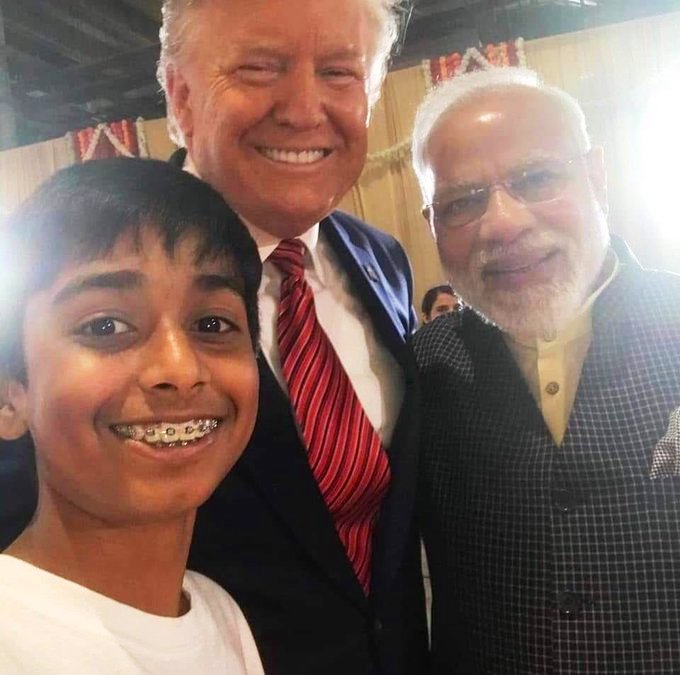 Share
Bhubaneswar: This nine-year-old boy from Uttara Kannada District, Karnataka became an overnight internet sensation soon after a video of him taking selfie with Donald Trump and Narendra Modi at Howdy Modi event at NRG Stadium in Houston, went viral on social media platforms.
Netizens dubbed the boy, Satvik Hegde of Sirsi in Uttara Kannada district, as the luckiest kid and hashtagged the selfie as the most #PowerfulSelfie in the world. Some users also termed it as the smartest selfie in the world.
Related Posts

Memorable moments from #HowdyModi when PM @narendramodi and @POTUS interacted with a group of youngsters. pic.twitter.com/8FFIqCDt41