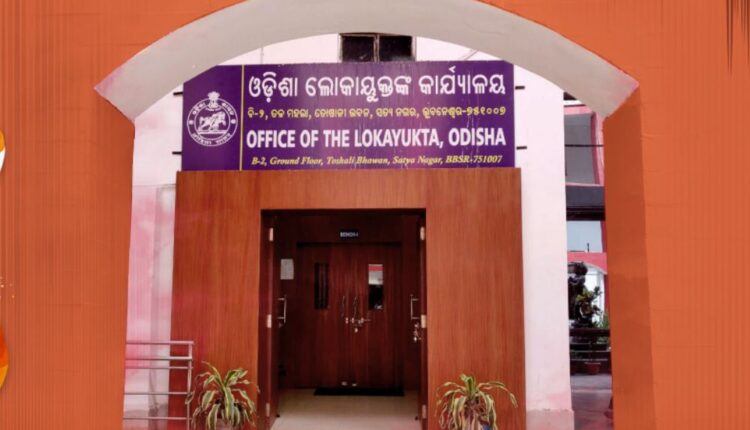 Bhubaneswar: The Lokayukta has directed the Odisha Vigilance to carry out a preliminary inquiry into the alleged corruption in procurement of Personal Protective Equipment (PPE) kits, masks, testing kits and similar items by the state government during the Covid-19 outbreak.

The timeline of the probe and submission of report has been fixed at two months. “Director of Vigilance shall ensure that the preliminary inquiry under his supervision is conducted by a competent officer not below the rank of Superintendent of Police/Additional Superintendent of Police having impeccable integrity,” the Lokayukta said.

Complainant Susanta Kumar Padhi, represented before the Lokayukta through his counsel Sidhartha Prasad Das, had alleged wide scale corruption in the procurement of masks, testing kits, Real Time Polymerase, Chain Reaction (PCR) machines, Personal Protective Equipment (PPE) kits, Bi-level Positive Airway Pressure (BiPAP) machines, nebuliser by the government during the pandemic. He had claimed that IAS officers Hemanta Sharma, who was supervising the process of procurement, and Managing Director of the Odisha State Medical Corporation Limited Yamini Sarangi were involved in the corruption.

As per the allegation, Sarangi on 06.04.2020 issued a public notice seeking an open tender for the purchase of triple-layer face masks at Rs 10 per piece but the corporation on 17.04.2020 purchased 30 lakh face masks from one M/s Vishnu Disposable Pvt. Ltd., Tamilnadu at Rs 16 per piece in gross violation of the modalities for procurement. According to the complainant, Sharma was the chief architect of the said purchase.

The complainant also alleged that other essential pharmaceutical goods and critical care equipment were purchased on much higher rates by the officials.

However, the bureaucrats in separate replies to the Lokayukta have denied the allegations of corruption and wrongful gain. Sharma in his reply has stated that the procurement of medical equipment was made as per price fixed by the Government of India after due deliberation by the Emergency Procurement Committee and further approved by the Empowered Group of Ministers. The procurement was absolutely transparent with no preferential treatment to any supplier, he said.

Sarangi has also averred that all the procurements were made after approval by the Emergency Procurement Committee and Empowered Group of Ministers as well as by the State Cabinet.

Car runs over man defecating on roadside in Odisha’s Cuttack