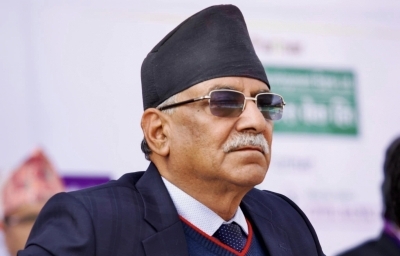 Kathmandu: Communist Party of Nepal-Maoist Centre Chairman Pushpa Kamal Dahal is likely to be made the new Prime Minister of Nepal.

A meeting between Prachanda and Communist Party of Nepal-Unified Marxist-Leninist, K.P. Oli on Sunday afternoon reached a tentative agreement to appoint the former as next Prime Minister of Nepal with the formal announcement to be made soon.

Prachanda likely to receive the support of as many as four political parties besides the CPN-UML.

If Prachanda will be the Prime Minister, someone from the CPN-UML will become the President.

By this evening, a formal announcement will be made, according to the leaders.

According to the leaders, Prachanda will be made the Prime Minister, and the posts of President and Speaker will be given to the CPN-UML.