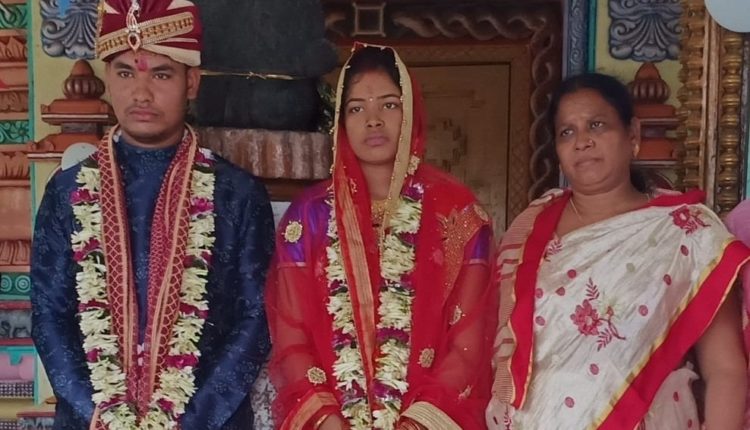 Angul: A woman of Odisha’s Angul district has earned accolades for getting her widowed daughter-in-law remarried, couple of months after the death of her son.

Former sarpanch Pratima Behera’s son Rashmiranjan, a resident of Gobara village in Talcher area of the district, had married Lily Behera of Turanga village in February, this year. Tragedy struck when Rashmiranjan lost his life in a coal mine mishap in Bharatpur.

The bereaved family, amid the grief of death of Rashmiranjan, took the courageous decision of getting Lily remarried. The deceased’s mother put forth a proposal of marriage between her daughter-in-law and her brother’s son Sangram Behera.

The wedding ceremony was held on September 11 at a temple in Rajkishorepada in the district in the presence of Lily’s parents and her in-laws.

“I lost my son in a mishap and the loss will always remain irreplaceable. However, I love my daughter-in-law and want her to lead a happy life. It was tough for me to see her reeling with sorrow at such a young age, for which I decided to get my daughter-in-law married,” a teary-eyed Pratima said.