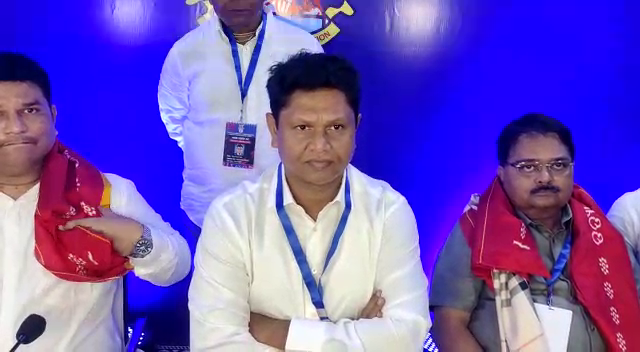 Cuttack: MLA Pranab Prakash Das was elected as the President of Odisha Cricket Association (OCA) unopposed in the election today.

Total six candidates contesting for various posts in the OCA were elected unopposed in the polls in Odisha cricket body.

While the Biju Janata Dal (BJD) legislator from Jajpur Assembly Constituency emerged as the winner for the post of President in OCA, Sanjay Behera was elected as the Secretary of OCA for the second time.

Similarly, Bikash Pradhan retained his position as the Treasurer of OCA.

Soon after being elected as the President of OCA, the BJD leader said that focus will be laid on making of cricketers on grass root level and upgradation of Barabati Stadium in Cuttack.

“I would like to thank all staff, who have constituted the board unanimously. We will focus on infrastructure development in all 30 districts. We will make initiative to bring new talents and develop cricket in rural areas,” Das said adding, “the steps will be taken under supervision of Chief Minister Naveen Patnaik to upgrade the Barabati Stadium into world class cricket stadium.

When asked about prioritising cricket over hockey, he said, “As cricket is the most popular game, we will make efforts for its development here accordingly.  As far as hockey is concerned, the CM has taken the particular game into new height by developing infrastructure in Odisha for which Men’s Hockey World League and Hockey World Cup were held here for two consecutive period.”