Pre-poll violence hots up in college campuses across Odisha 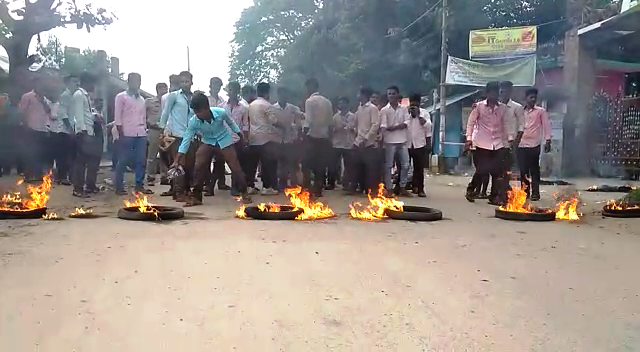 Sources said irate students of Banki Autonomous College staged a protest after BJD candidate Preetiranjan Panda was excluded from the nomination list. The students locked the main gate of the college and sat on a dharna disrupting classes in the college. The students also burnt tyres outside the campus as a mark of protest.

Besides, a few supporters of the BJD candidate attempted self-immolation on the college campus. Later, police personnel rushed to the spot and brought the situation under control.

Similarly, tension prevailed at MPC Autonomous College after some unidentified miscreants hurled bombs at the college today. College property like doors and windows were damaged due to the bombing. On receiving information, Baripada Sadar police rushed to spot and launched an investigation into the incident.