ODISHA LATESTTOP
By Sambad English Bureau On May 20, 2020 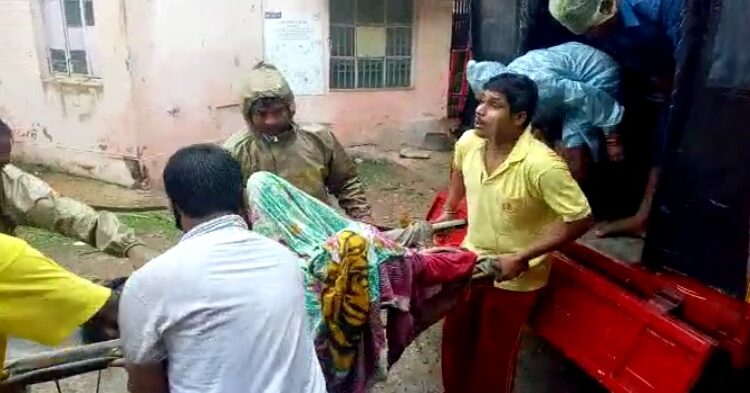 Kendrapara: Amidst gusty winds and heavy rainfall during Super Cyclone AMPHAN, a pregnant woman delivered a baby in vehicle of fire services personnel  following being rescued by them in the morning.

The incident was reported from Mahakalapada area in Kendrapara district where the high speed wind and very heavy rainfall due to extremely severe cyclonic storm have caused massive damage.

According to reports, a pregnant woman Janaki Sethi (20), wife of Hatim Sethi (25) of Janhara village under Mahakalapada police limits, developed labour pain during cyclone in the morning. Her family tried to contact the ambulance but the service could not be made available to them due to extreme adverse weather and road blockade due to fallen trees.

On receiving information at around 9.00 am, two fire services teams equipped with tree cutting machinery rushed to the spot. They cleared the road blockade by cutting 22 number of uprooted trees despite strong winds and torrential rain. They immediately carried the pregnant woman, who was suffering from extreme labour pain, in the vehicle for treatment in hospital. However, she delivered a baby girl midway in the vehicle while being taken to the Mahakalapada Community Health Centre (CHC).

The fire services teams tried their best to provide primary healthcare services to both mother and newborn and helped them to the hospital for further treatment.

Cyclone Amphan: 1-YO boy dies in wall collapse in Odisha