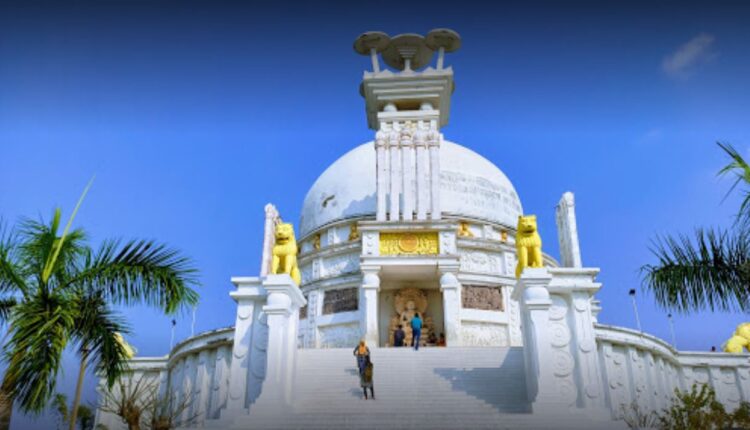 The parliamentarian had visited the tourist spot on the invitation of Kalinga Nippon Buddha Sangha on November 15 and interacted with the members of the association and locals.

“To my utter dismay, I found one of the top tourist attractions of the state languishing for want of proper maintenance and for lack of implementation of a holistic development plan for Dhauli,” she said in the letter.

“I recollect that in 2005 you had taken the initiative to invite the architectural firm – M/s. Karan Grover & Associates for preparation of a Comprehensive Development Plan for Dhauli. On the basis of the Development Plan, the Ministry of Tourism, GOI, had sanctioned Rs 5 crore under its flagship ‘Destination Development Scheme’ for Dhauli. As per the information received by me, a large portion of this amount from GOI was misappropriated and a portion was diverted for activities other than the components for which funds had been released by GOI. It is learnt that the Ministry of Tourism had reservations about such diversion on account of which the State Government had to make additional provision under the State Plan,” Sarangi mentioned in the letter.

“If you find time to visit Dhauli today you will be saddened to see that additional funds from the Central Government funds as well as the State Plan have not been utilized gainfully and Dhauli today has no sign of any worthwhile development. The Parking arrangement, proper rehabilitation of souvenir shops, operation of battery operated louse to ferry tourists, development of pathways from the foothold of the Stupa with Buddhist motifs and symbols at frequent intervals, as envisaged in the plan developed by M/s. Karan Grover & Associates, have not been done at all. In fact, the dome of the Stupa today has developed visible cracks and is crying for immediate attention,” she said.

She urged the CM to issue instruction for a thorough investigation into the siphoning of funds and implementation of the Comprehensive Development Plan as prepared by M/s-Karan Grover & Associates.

Cyclone NIVAR: Here’s all you need to know

Man critical after being shot with arrow by brother in…