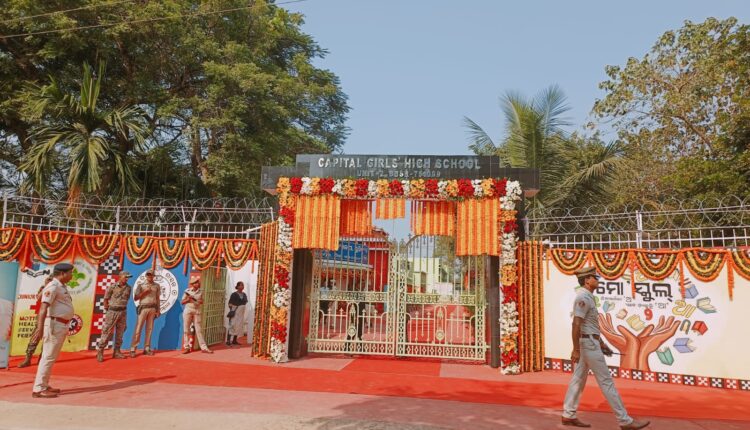 Bhubaneswar: President Droupadi Murmu visited her school here in the city on the second day of her official trip to Odisha today.

Waving at crowd that was eagerly waiting to see her glimpse since morning on the premises of the Unit-2 Government Girls’ High School, President Murmu stepped into the school where she had studied Class 8, 9 and 10 during 1970s.

She also visited the Kuntala Kumari Sabat Hostel, where she was staying during her studies at the state-run school. Recalling her schooldays memories, she left an emotional handwritten note for hostel inmates.

“I am delighted to visit Kuntala Kumari Sabat tribal hostel here. I became emotional while speaking to hostel inmates and teachers of my school. I am glad that the girl students are provided a safe, hygiene and homely atmosphere here,” President Murmu wrote in the visitors diary. 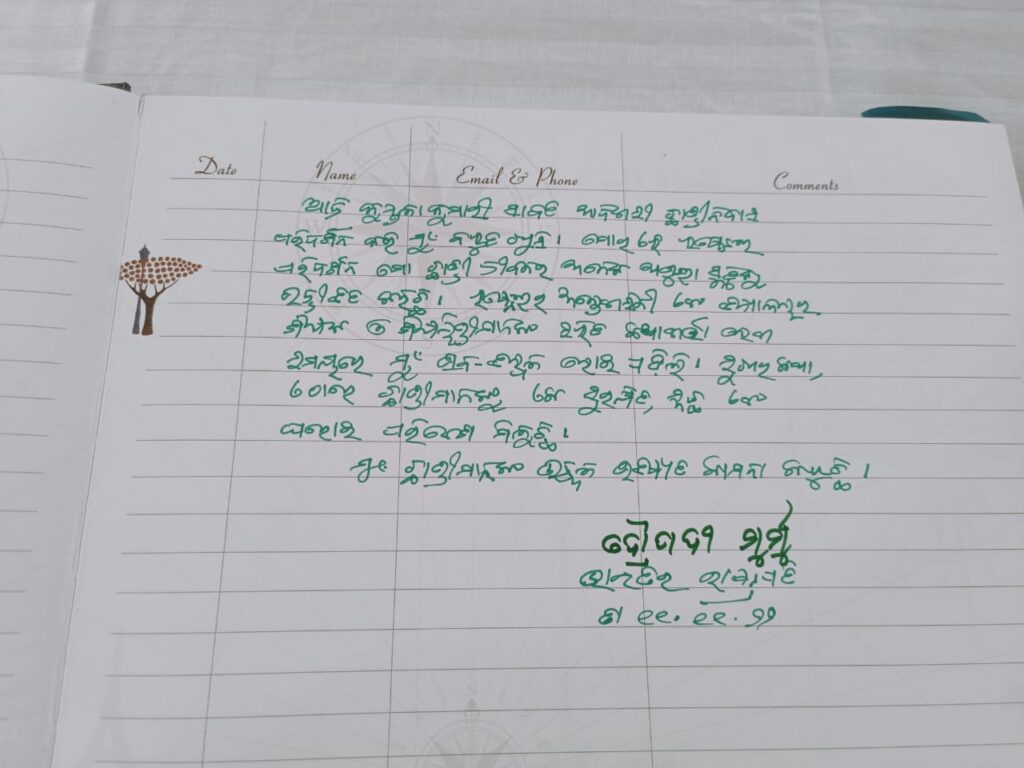 This was her first official visit to her school after assuming the charge of the office of the President of India.

Reportedly, she met her 13 classmates and interacted with them with pleasure.

“It was a historic moment, we cannot express it and we are so happy after meeting the country’s first citizen, who was our classmate during our schooldays,” said President Murmu’s classmates before heading for Raj Bhawan.

As per the schedule, President Murmu had visited Tapoban High School in Khandagiri in the morning where she spent some quality time with tribal students mostly from her native Rairangpur. After a 10-minute interaction with the students, she left for the Unit-2 Girls’ High School near Market Building area in Bhubaneswar.

President Droupadi Murmu is on a two-day visit to Odisha after being elected as the President of India. Yesterday, she had visited the Jagannath Temple in Puri by taking 2-km walk on the Bada Danda (Grand Road) to offer prayer to deities. Later, she was felicitated by many dignitaries at a programme attended by Governor Professor Ganeshi Lal and Chief Minister Naveen Patnaik at Raj Bhawan.