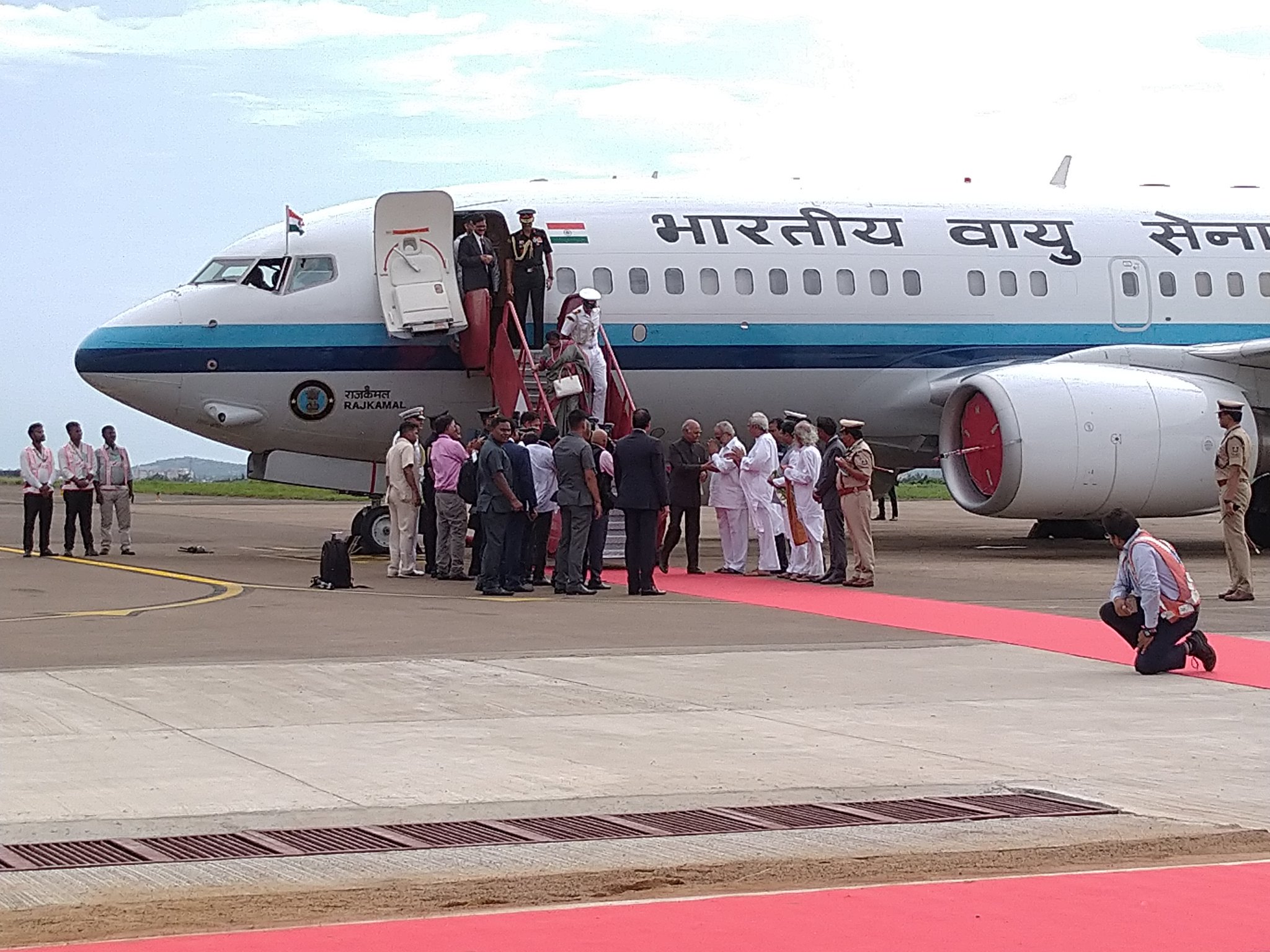 Bhubaneswar: President Ram Nath Kovind on Friday arrived here on a two-day visit to Odisha. The President was accompanied by his wife Savita Kovind.

The President is slated to attend a function at the Army Air Defence College (AADC) in Gopalpur in Ganjam District on Saturday.

Soon after arriving at the airport here, the President left for Gopalpur by an IAF chopper.

The President will hand over the prestigious President’s Colours award to the Corps of Army Air Defence at the function on Saturday, said an official.

Two from Odisha among 47 teachers honoured with National…