President Kovind meets his friend during a function at Utkal University 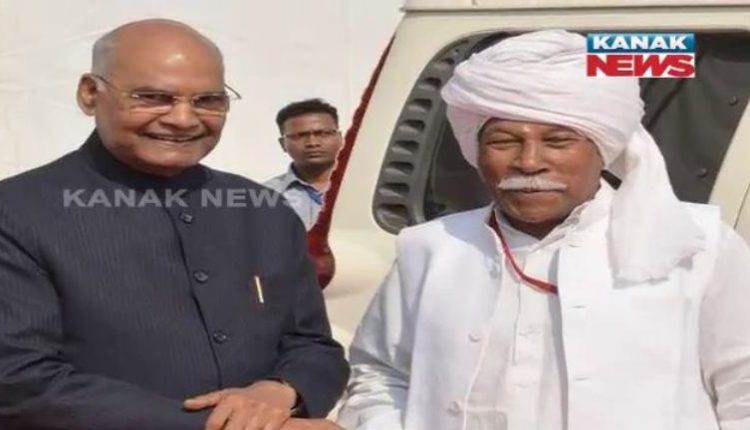 Bhubaneswar: A rare scene was observed during the valedictory function of Utkal University’s Platinum Jubilee in Odisha’s Capital today. President Ram Nath Kovind, who was the chief guest at the function, met his friend Veerabhadra Singh, an alumnus of Utkal University during the programme.

After giving his valedictory address at the university, Kovind identified Singh from the dais. He then called Union Minister Dharmendra Pradhan and asked him to arrange a meeting with Singh. Subsequently, Pradhan announced in the mike asking Singh to meet the President.

Once the function got over, Kovind met Singh and his wife and invited them to visit Rashtrapati Bhawan in Delhi.

Singh, a former Member of Parliament, was a member of SC/ST Parliamentary Standing Committee in 2006. He came in contact with Kovind during this period who was also a member of the same committee.

“Neither I nor Kovind were in touch with each other after 2006. However, during the President’s visit to Odisha I wanted to give him a flower bouquet and that’s why I came here. Due to protocol issue I was in fear that I will not be able to meet the President. Thankfully, Kovind spotted me and asked me to meet him,” said Singh, a resident of Mayurbhanj.

Singh was pursuing Master’s degree in Political Science from Utkal University in 1965-67.

Odisha: Aadhaar linking for govt scheme beneficiaries is a must