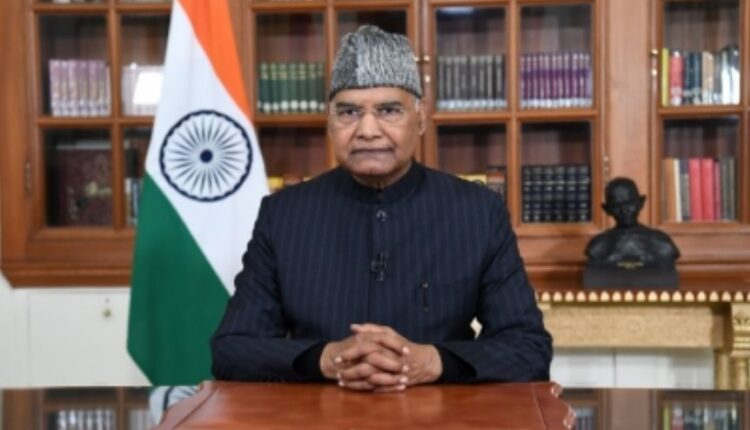 New Delhi: The opposition leaders on Monday criticised the President’s address to the joint session of Parliament saying that not only did it lack anything new but was silent on several key issues.

Leader of Opposition in the Rajya Sabha Mallikarjun Kharge told IANS that the address was nothing but a compilation of the government’s claim of its last seven years’ work. “Whatever Modi ji used to say outside the House, which is rarely seen inside the House, the same has been repeated in the President’s speech. We expected something substantial on the growing unemployment. The Prime Minister had said that every year he will be providing 2 crore jobs. Where are those two crore jobs? In seven years, it should be 14 crore jobs.”

People are still striving for employment. They are fighting for small Railway jobs and are protesting on railway tracks. Therefore, there is nothing new in this speech, he said.

On economic growth, he said that in the last seven years, the GDP has been the lowest and during Covid, lakhs of people suffered as the government did not have data to help the affected. As far as the farmers are concerned, Kharge said that four farmers were killed by the son of the Minister of State for Home Affairs and the same Minister is sitting with those in power.

Airing a similar opinion, Congress Member from the Upper House K.C. Venugopal said that there was nothing new in the President’s address. “The same old style of functioning and as they make a lot of promises during the elections which are left unfulfilled, the same thing has been repeated here. They are talking about Kisan (farmers) but have they done anything for them? They were on the streets for more than a year. When the election was nearing they succumbed to the pressure fearing a drubbing in the Assembly elections.”

Shiv Sena Rajya Sabha MP Priyanka Chaturvedi called it yet another publicity stunt with any eye on the Assembly elections in five states. “I believe that the people of the country understand that the government has not done anything for them and has been only busy with the PR exercise,” she commented.

On the economic front , she said that the country has the highest number of unemployment. The youth is frustrated, outraged and protesting. On the inflated prices of the consumers’ goods, the government has not been seen doing anything. Nothing has been done by the Ministry of Micro, Small and Medium Enterprises (MSME) to make the the country ‘Atmanirbhar’.

CPI(M) Member from the Upper House Binoy Viswam also said that the President’s address was silent on many issues. It did not say anything on Minimum Support Price, nothing for MSME and no compensation announced for the farmers. “Nothing has been for the repeal of the electricity Act and to improve the economy. The President spoke about all this on the insistence of the government.”