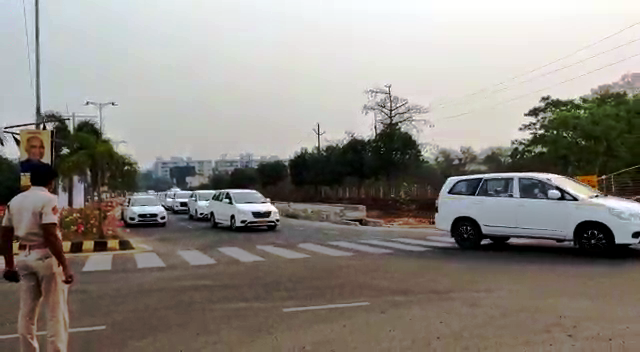 As per the schedule, he will land at airport here in a special aircraft at 6.10 PM today.  Governor Ganeshi Lal and Chief Minister Naveen Patnaik will receive him at the airport. From there, he will be heading to Raj Bhawan and spent the night there.

At 9 AM on March 21, the President will fly to Rourkela via Jharsuguda to attend the convocation of National Institute of Technology (NIT) and later inaugurate a superspeciality hospital on the premises of Rourkela Steel Plant (RSP). After the events, he will return to the state capital.

On March 22, the President will visit Puri Srimandir to pay obeisance to the Lord and later proceed to Sun Temple in Konark. Thereafter, he will leave for New Delhi in the same evening. He will arrive at the airport at 5 PM to board the flight.