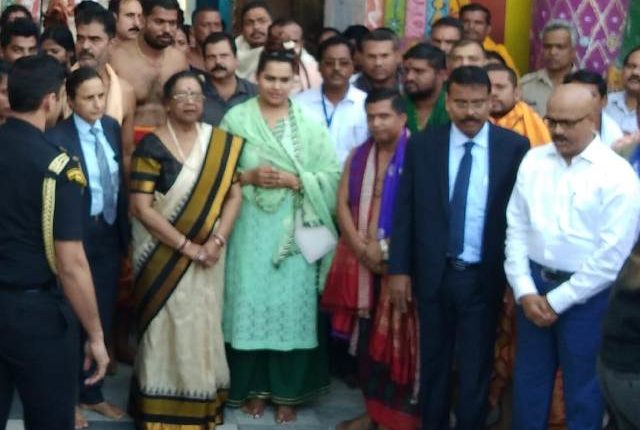 Accompanied by daughter, India’s first lady entered into the centuries old shrine at around 2.50 pm. They offered prayer to Lord Lingaraj. They also had holy darshan of Lord Siddhi Vinayak, Goddess Parbati and Goddess Bhubaneswari on premises of the temple. They spent around 25 minutes at the temple.

During the period, the public darshan was restricted at the shrine.

After coming out of the shrine, President’s wife expressed sorry over long wait of devotees, who were prevented from entering into the temple due to VVIP’s visit.

According to reports, entry of devotees into Lingaraj Temple was prohibited for an hour today in view of President family’s visit to the shrine during their two-day long trip to Odisha.

Elaborate security arrangements were made around the temple for the first lady and her daughter.

Protest in Rajasthan over ‘wrong facts’ in ‘Panipat’