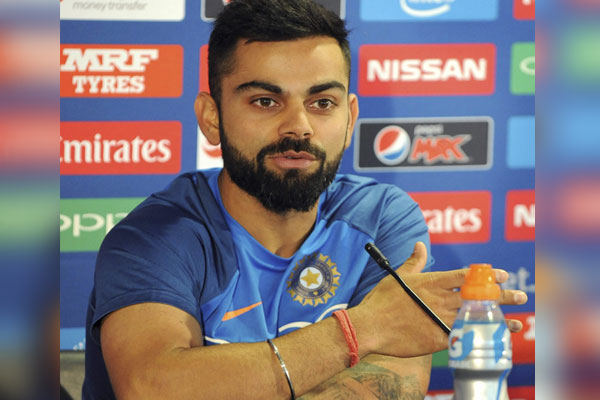 Dubai: Royal Challengers Bangalore (RCB) and Indian captain Virat Kohli said his first training session ahead of the upcoming Indian Premier League (IPL) season went “better than expected” but added he was “pretty scared” to hit the nets for the first time in five months.

“(It went) much better than expected, to be honest. I was pretty scared. I hadn’t picked up a bat for five months, but yeah it came out better than I thought, to be honest,” Kohli was quoted as saying by the RCB’s website.

“I’ve trained quite a bit during the lockdown, so I’m feeling quite fit and that helps. Because the body is light and you react better, I feel like I have more time on the ball. That’s a big plus,” he said.

“Otherwise you come heavier into the season, the body isn’t moving as much, and it starts playing on mind, but yeah, as I said it went much better than I expected.”

Besides Kohli, the spin trio of Yuzvendra Chahal, Washington Sundar and Shahbaz Nadeem and a few fast bowlers also trained and Kohli was pleased with the way they went about the paces in the first session.

“The spinners looked pretty good for day one, they pitched the ball in consistent areas for long enough,” said Kohli, whose last assignment was the two-match Test series against New Zealand in early March.

“Shahbaz was good, Washy (Washington) was very good, I saw Chahal bowl well too. The seamers went through their motions a little bit. All in all, a decent start to our camp.”

RCB arrived in Dubai last week ahead of the 13th edition of the IPL which is scheduled to begin on September 19 in the UAE.

The team hit the nets on Saturday after successfully ending their quarantine period.

Residents of Twin City to get e-permission for marriage,…