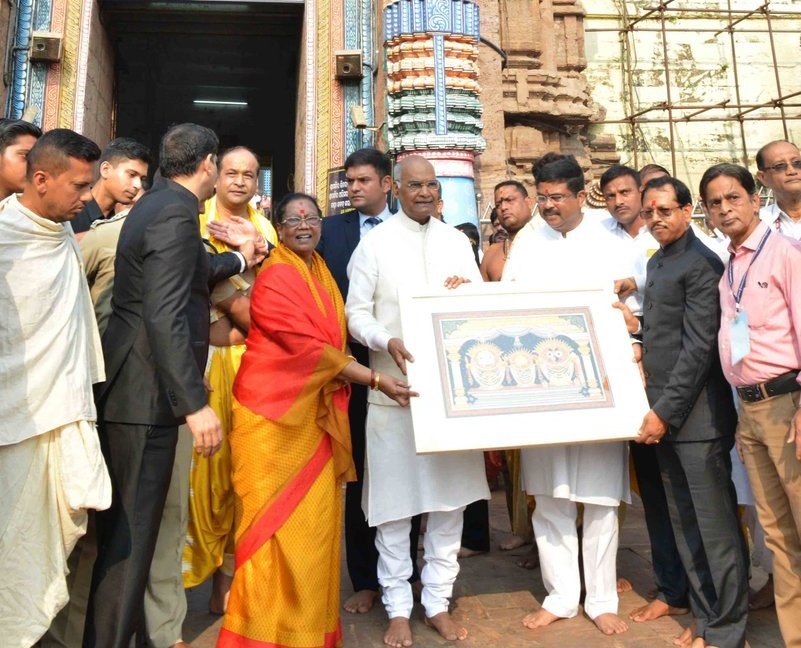 Accompanied by his wife Savita Kovind, Kovind had darshan of Lord Jagannath, Lord Balabhadra and Devi Subhadra at Srimandir this morning.

Kovind entered the shrine at around 7.30 am and came out at around 8.20 am offering prayer to deities.

Media reports said that some servitors expressed displeasure over the restriction to have interaction with the President during his visit to the temple. Even, they alleged that they were not paid ‘dakshina’ by the President for services as part of rituals and tradition after offering prayer to deities at Srimandir.

The temple administrator clarified that there was no schedule made for interaction of servitors with the President during the visit.

In view of President’s visit to Srimandir, the temple administration had closed the darshan for public from 6.30 am till 8.30 am.

The district administration had beefed up the security during his visit to Puri on Saturday. The road between circuit house and sea beach police station was sealed.

Fire at MCH building in Odisha’s Angul hosp, no casualty