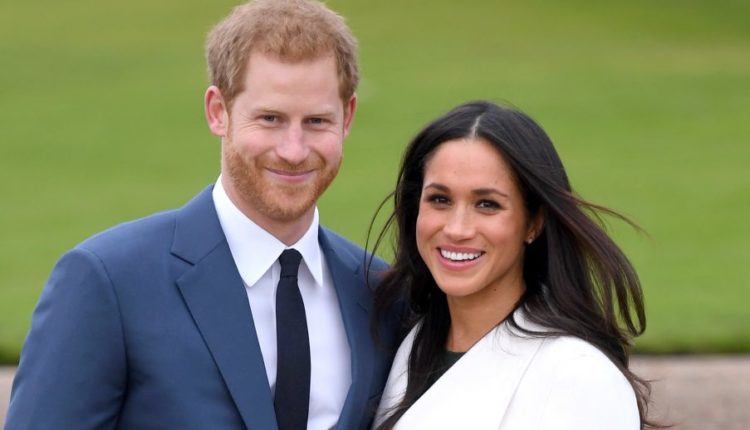 London: The Duke and Duchess of Sussex have announced they will step back as “senior” royals and work to become financially independent.

In a statement, Prince Harry and Meghan also said they plan to split their time between the UK and North America, BBC reported.

In their unexpected statement on Wednesday, also posted on their Instagram page, the couple said they made the decision “after many months of reflection and internal discussions”.

“After many months of reflection and internal discussions, we have chosen to make a transition this year in starting to carve out a progressive new role within this institution. We intend to step back as ‘senior’ members of the Royal Family and work to become financially independent, while continuing to fully support Her Majesty The Queen. It is with your encouragement, particularly over the last few years, that we feel prepared to make this adjustment. We now plan to balance our time between the United Kingdom and North America, continuing to honour our duty to The Queen, the Commonwealth, and our patronages. This geographic balance will enable us to raise our son with an appreciation for the royal tradition into which he was born, while also providing our family with the space to focus on the next chapter, including the launch of our new charitable entity. We look forward to sharing the full details of this exciting next step in due course, as we continue to collaborate with Her Majesty The Queen, The Prince of Wales, The Duke of Cambridge and all relevant parties. Until then, please accept our deepest thanks for your continued support.” – The Duke and Duchess of Sussex For more information, please visit sussexroyal.com (link in bio) Image © PA

For the year-and-a-half since their wedding at Windsor Castle – which was a gigantic media event – the 35-year-old Harry and former US actress Meghan Markle, 38, have been embroiled in controversy regarding their relationship with the rest of the royal family and subjected to intense media pressure, Efe news reported.

Now the parents of an eight-month-old boy, Archie, the couple announced Wednesday that they will continue to fulfill their royal obligations vis-a-vis Queen Elizabeth, Harry’s grandmother, the British Commonwealth and the foundations in which they are involved, but they will not be spending all their time in the British Isles.

“This geographic balance will enable us to raise our son with an appreciation for the royal tradition into which he was born, while also providing our family with the space to focus on the next chapter,” the pair said in their joint communique.

They went on to say in their statement on their Instagram account, that they intend to “launch … our new charitable entity,” about which they will provide more details in the future.

“After many months of reflection and internal discussions, we have chosen to make a transition this year in starting to carve out a progressive new role within this institution,” the royal pair said, referring to the monarchy.

Harry and Meghan communicated their plans shortly after returning from a lengthy trip to Canada, where Meghan lived for seven years while she was filming the TV series “Suits,” their stay there forcing them to distance themselves from their royal commitments for about two months.

A few weeks before Christmas, the couple’s problems dealing with the pressure of being in the bright media spotlight all the time were highlighted in a documentary aired on Britain’s ITV television channel.

In that documentary, Prince Harry said that he refused to be forced into playing the game that “killed my mother,” referring to Princess Diana, who died in August 1997 in Paris in an automobile accident as she was being pursued by paparazzi.

In that same documentary, Meghan was almost moved to tears while talking with the journalist interviewing her, leading the British press to compare that moment with Diana’s famous 1995 interview in which she spoke openly for the first time about her relationship with Crown Prince Charles.

Harry’s remarks in the documentary, however, reportedly made his older brother William “furious,” according to sources within Buckingham Palace, reviving speculation about friction between the brothers.

Prince Harry, however, took pains to try and publicly downplay any tension between them.

Last October, Meghan launched legal proceedings against the Mail on Sunday and its parent company for publishing a private letter and having undertaken an alleged campaign of “fake” news against her.