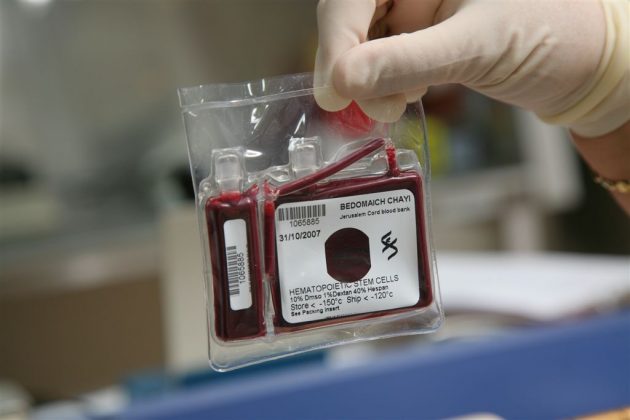 Blood collected from umbilical cord after child birth is a rich source of stem cells similar to those in bone marrow. These cells could some day be used as treatment if the child ever falls ill with certain diseases.

The business of harvesting and storage of cord blood for future use has surged in the past decade into big business with 15 private banks offering this service. They target expectant mothers by touting cord blood as a form of “insurance” in case their children ever get sick.

The storage does not come cheaply. It costs between Rs.50,000 and Rs.100,000, and some banks charge an annual fee. With India reporting 25 million or more child births a year, CBB is viewed by the industry as a cash cow.

LifeCell, which set up shop in Chennai in 2004, claims it had over 100,000 subscribers and Cryo Stemcell in Bengaluru says it has 30,000. Others are not behind.

However, unethical marketing tactics and inflated promises by these largely unregulated banks have alarmed top stem cell researchers and professional bodies of gynaecologists.

“It is time to restrict the rampant commercialization of CBB,” Jyothsna Rao, Secretary of the Bengaluru-based Society of Regenerative Medicine and Tissue Engineering, told IANS.

“The government needs to establish a high powered committee to look at this menace at the earliest,” says Satish Totey, a leading stem cell researcher and CEO of Kasiak Research in Mumbai.

The original idea for CBB was for overcoming the difficulty of finding a right bone marrow donor for regeneration of blood cells, Rao said. “But this very useful adjunct to bone marrow transplantation has been reduced by some companies to the status of a cosmetic product.”

LifeCell, for instance, uses a prominent film star for endorsement and one bank in Bengaluru offers “attractive prizes” to mothers who bank with them.

“Several nasty marketing methods including bribing the doctors and nursing staff are used for recruiting donors,” says Rao. Hospitals too are part of the scam, adds Totey.

Last year, the Competition Commission of India fined a Mumbai hospital that was getting Rs.20,000 from a cord blood bank as commission for every patient referred to it.

While in the US and Britain operators cannot advertise cord blood as a “life insurance”, Totey said families in India were fooled by claims that it was a cure for all.

“Stem cell therapy for other than blood-related diseases and metabolic disorders are in the early phase of trials and remain only speculative,” he said.

“I have been very vocal against private banks making claims that are all futuristic except few of the conditions,” says Jayesh Sheth of the Foundation for Research in Genetics and Endocrinology in Ahmedabad.

In fact, the US Food and Drug Administration has approved the use of cord blood “only” for treatment of blood-related illnesses. It asks patients to “be sceptical if cord blood is being promoted for uses other than blood stem cell regeneration”.

There are other hard facts these banks do not reveal to their subscribers.

For instance, the cord blood of a newborn may not contain stem cells in sufficient numbers to be useful in adulthood, says Deepa Bhartiya, head of stem cell biology at the National Institute of Research in Reproduction in Mumbai.

Also, one’s own stem cells are not useful to treat genetic disorders as they will have the same genetic flaws that caused the disease in the first place.

“And no one really knows for how many years the banked cord blood will be usable,” adds Totey.

“Our operators in India do not check the viability before releasing the stem cells for transplant and nobody bothers to discard contaminated samples.”

“Prior to release, the samples are tested for potency and viability through tests prescribed by the American Association of Blood Bank standards,” she told IANS.

According to Totey, there were very few documented cases of a child receiving his or her own banked cord blood as treatment although the sibling or a close relative may benefit from it.

Hence, private banking of cord blood may be considered “only if there is a high-risk family medical history of disease(s) currently treatable by cord blood”.

LifeCell admits that in ten years it released just 34 cord blood units of which only five were for autologus transplants for treating cerebral palsy. The rest were for transplants in patients who were not the donors.

“In fact cord blood stem cell transplant numbers in India are miniscule and they are mostly for cancer and thalassemia,” says Totey.

For all these reasons, Italy and France have banned private banking of cord blood. Both the American Academy of Paediatrics and the Society of Obstetricians and Gynaecologists of Canada discourage this practice while encouraging the storing in public banks that store cord blood free of cost and charge only when released for treatment.

“With public banks — where large number cord blood units from HLA (human leukocyte antigen) matched donors are possible to store — the benefits could reach a large patient population (besides the donor),” Rao said.

“Stored cord blood units to treat blood disorders can be done only with allogeneic (not one’s own) units, which could be sourced from a public cord blood bank.

“A panel of eminent gynaecologists discussed the issue of cord blood banking at our Society’s meeting in February and unanimously concluded that public banking is the only answer,” Rao said. “We are against the concept of private banking.” But who should promote public banks?

The Drug Controller General of India said that, being only a regulatory body, it was concerned only with licensing and not promoting them.

According to Totey, the issue was discussed earlier by the Department of Biotechnology and the Indian Council of Medical Research “but they were reluctant” to promote a public bank.

(K.S. Jayaraman can be contacted at [email protected])