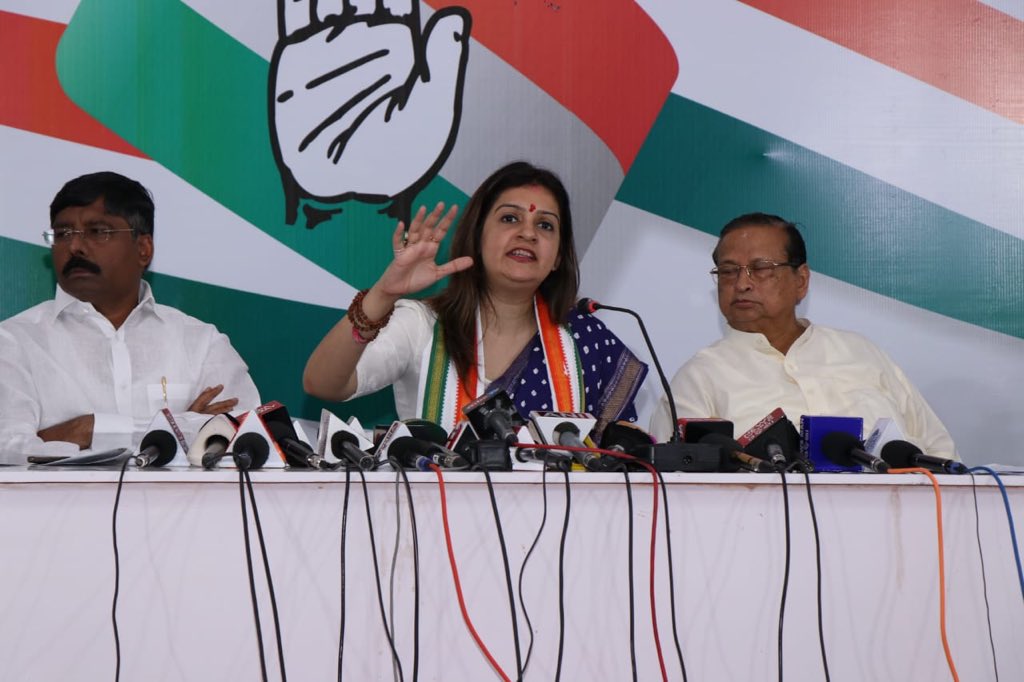 Hitting back at Modi, the party Spokesperson highlighted various ‘failures’ of the BJP Government at the centre during the last five years.

Chaturvedi said, “Demonetization was a disastrous policy brought by the Finance Minister along with Prime Minister of this country. Many small businesses have been wiped off and the India’s economy has suffered because of the introduction of an unimplementable GST.”

Further targeting Modi, she said “When a person, who came in the back of so many promises like 33 reservation of women and 2 crore jobs for youth per annum, comes forward and calls the Congress manifesto as Dhakosla Patra (sham manifesto), I cant help but laugh at such a vision-less Prime Minister, who believes more in television and less in vision.”

Highlighting key features of the Congress manifesto, Chaturvedi termed it as the best manifesto that the country has got.

She said Rs 72,000 guaranteed cash will be provided to 20 per cent of poorest families in the country while up 22 lakh government jobs will be created, if Congress is voted to power. A separate budget will be made for farmers to ensure that no farmer commits suicide even if he/she fails to repay loan, Chaturvedi said.

Issues related to farmers, agriculture, women and youths have been prioritized in the poll manifesto, she added. The manifesto is likely to be released in the party headquarters here tomorrow.

Thunderstorm likely to lash these places in Odisha