Priyanka Gandhi in Lalitpur to meet family of dead farmer 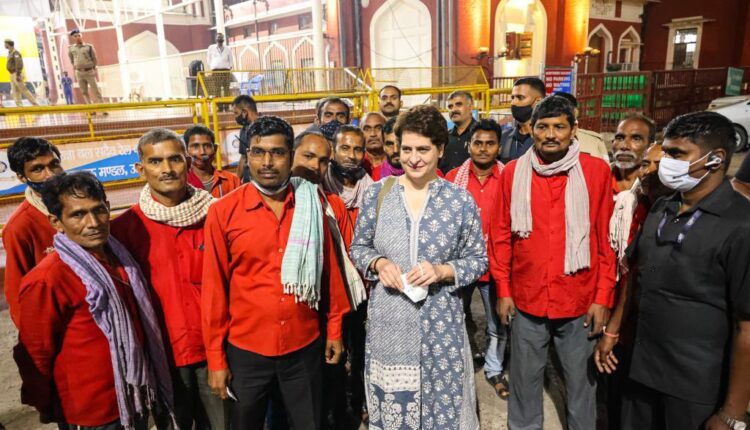 Lalitpur (UP): Congress General Secretary Priyanka Gandhi Vadra arrived in Uttar Pradesh’s Lalitpur on Friday to meet the family of a farmer who died, allegedly due to distress over non-availability of fertilizer.

Fifty-five-year-old Bhogilal Pal of Nayagaon had died of a cardiac arrest while standing in queue outside a fertilizer shop.

He had reportedly been waiting for his turn to purchase fertilizer for two days.

Several states have reported an acute shortage of fertilizer in recent weeks. The shortage turning deadly in the Bundelkhand region of the state, where desperate farmers died while trying to get their hands on bags of fertilizers.

Priyanka Gandhi will meet the bereaved family as well as other farmers affected by the low stocks of fertilizer.

She travelled to Lalitpur on the Sabarmati Express on Thursday night.

Before her departure, she met railway porters at the Lucknow railway station and interacted with them.

The porters apprised Priyanka Gandhi of the challenges they are facing and the economic blow they suffered due to the government’s negligence during the Covid-19 pandemic.

Mobile schools to bridge learning gap during pandemic in Odisha