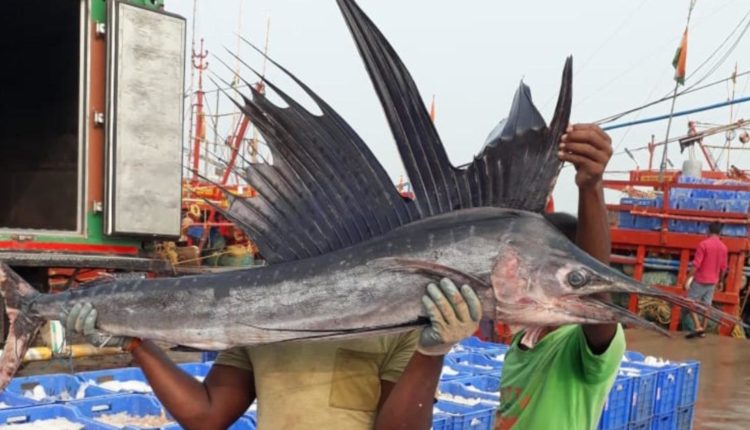 The fishermen caught the fish in the Bay of Bengal during fishing.

The sailfish, which belongs to billfish family, weighs around 12 kg and costs approximately Rs 1.2 lakh. The locals call the species as ‘Mayur’ fish, which is used as medicine to cure many ailments.

Notably, sailfish is the fastest fish in the ocean. It can reach with a speed of 68 miles per hour. It is known not only for their pointed bills, but also their extraordinary dorsal fins that can be taller than the length of their bodies.

This is the second fish in the family of billfish, which usually lives in colder areas of all the seas, caught off Odisha coast barely after 15 days.

Last month, a marine fish called ‘marlin’ was caught during fishing in deep sea off Dhamra coast in Bhadrak district.

Couple ends life by jumping into waterfall in Odisha as…