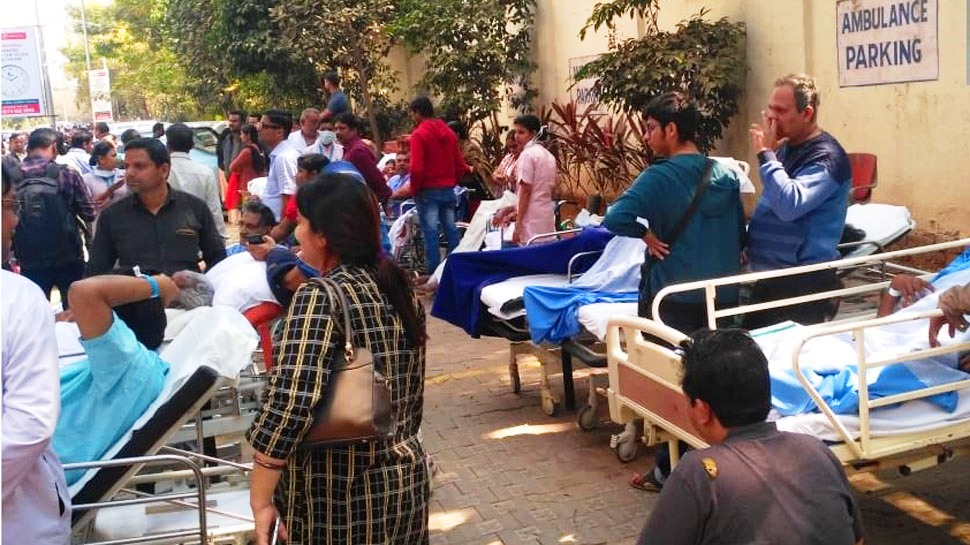 Bhubaneswar: A few hours after a fire broke out at Apollo Hospital here, Director General of Fire Services Bijay Kumar Sharma today directed the Fire Officer (Central Range) to initiate a probe into the incident.

Sharma said the investigation will be held from various angles and action will be taken as per law in case of any lapses.

“Cause of fire, availability/functioning of fire fighting measures, evacuation, house keeping shall be looked into.  In case of lapse, action as per OFP&FS Rules, 2017 shall be taken,” Sharma tweeted.

Fire Officer, CR ordered to enquire into the fire incident at Appollo Hospital, Bhubaneswar. Cause of fire, availability/functioning of fire fighting measures, evacuation, house keeping etc. shall be looked into. In case of lapse, action as per OFP&FS Rules, 2017 shall be taken pic.twitter.com/kUpj5IgRZk

Earlier in the day, Police Commissioner Satyajit Mohanty, who took stock of the situation at the spot said it will be examined whether the hospital authorities conduct regular fire audits and follow other measures to ensure safety of patients.

Ar around 10 AM today, a fire broke out in the battery room near an ICU on the fifth floor of the premier hospital. However, no casualty or injury was reported in the incident as the patients were immediately shifted to ground floor of the hospital following the mishap.

A firefighting later doused the flames with the help of the hospital staff.