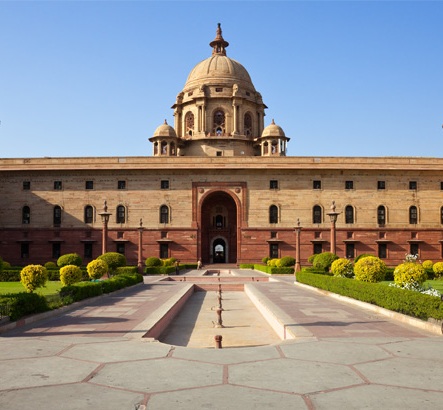 New Delhi: As the Election Commission on Wednesday set in motion the process to elect India’s 14th President, the Returning Officer for the presidential poll issued a notice paving the way for filing of nominations for the July 17 contest.

Lok Sabha Secretary General Anoop Mishra, the Returning Officer for the election to the office of President, issued the notice, declaring that the nomination papers may be delivered by a candidate or any of their proposers or seconders not later than June 28.

Each nomination paper shall be accompanied by a certified copy of the entry relating to the candidate in the electoral roll for the Parliamentary constituency in which the candidate is registered as an elector, Mishra said in the notice.

Candidates have been told to deposit a sum of Rs 15,000 with their nomination papers.

This amount may be deposited in cash with the Returning Officer at the time of presentation of the nomination paper or deposited earlier in the Reserve Bank of India (RBI) or in a government treasury and in the latter case a receipt showing that the deposit has been made, Mishra said.

He added the nomination papers, other than those rejected, will be taken up for scrutiny on June 29.

The notice of withdrawal of candidature may be delivered by a candidate or any one of his proposers or seconders, who have been authorized on his behalf in writing by the candidate by July 1.

Voting will take place on July 17 from 10 a.m. to 5 p.m. at the places of polling fixed under the rules.

The vote count will be on July 20, four days before incumbent Pranab Mukherjee’s term ends. The new President is set to take charge the next day.
(IANS)