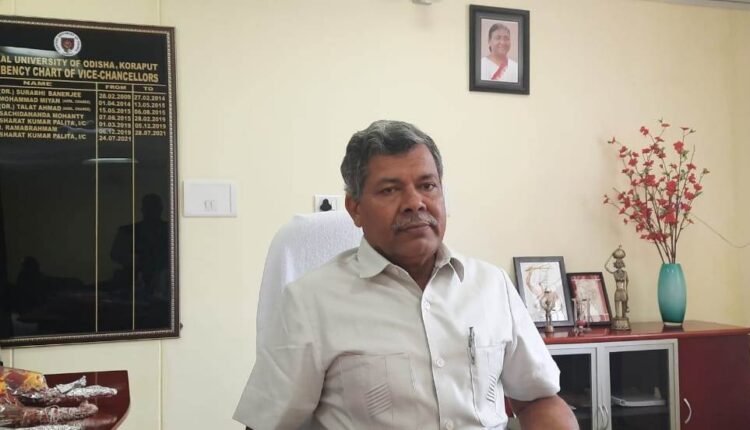 Koraput: Professor Chakradhar Tripathi today assumed office as the Vice Chancellor of Central University of Odisha (CUO), Koraput, at the permanent campus of the varsity at Sunabeda.

President Droupadi Murmu, the Visitor of CUO, has appointed Tripathi as the Vice Chancellor of the varsity as per Statute 2(1) of the Central Universities Act, 2009 for a term of five years from the date of his joining or till he attains the age of seventy years, whichever is earlier, as per the communiqué received from the Ministry of Education on September 13.

Prior to joining the CUO, Tripathi was a senior professor at the department of Hindi in Visva Bharti, Santiniketan, in West Bengal.

He had served as a nominee of the President of India in various Statutory Committees, Advisory Committees and Selection Committees of national higher educational institutions.

Born at Jagannathpur under Hatadihi block of Keonjhar district in Odisha in 1960, Tripathi did his graduation from Utkal University. He did MA and PhD in Hindi from Visva Bharati.

Many of his research papers were published in national and international journals. He has guided more than 17 scholars and completed many research projects.

Tripathi is known to have taken the initiative to advocate the ideologies of Utkal Mani Gopabandhu Das. Tripathi is the chief editor for the translation of ‘Gopabandhu Rachnabali’, being published by the NBT.