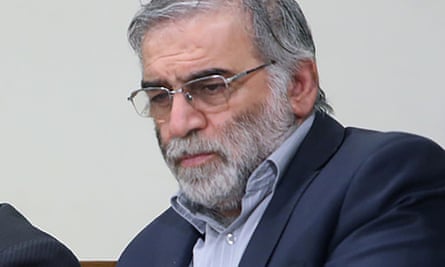 Iran’s most prominent senior nuclear scientist Mohsen Fakhrizadeh was assassinated near Tehran. He died in a hospital after an attack in Absard in Damavand country.

Fakhrizaseh was 59 years old. He had been added to the U.S. sanctions list against Iran in 2008, and additional sanctions were placed on his research organization last year. He used to teach nuclear physics at the Imam Hossein University, a military university in Tehran.

According to the reports Amir Hatami, Iran Defense Minister Gen. stated that Mohsen Fakhrizadeh, a deputy defense minister and the head of the Iranian army’s research and defensive innovations, was killed outside of Tehran as a target of a terrorist operation. He further said, “At first, the car carrying him was shot at, and about 15 seconds later, a Nissan pick-up truck that was loaded with explosives blasted about 15 to 20 meters away from his car,” Hatami said. “He was severely injured and taken to a hospital as well as two others who were with him.”

India to set up lab in Iran for testing COVID-19

Hossein Dehghan, the military advisor to Supreme Leader Ayatollah Ali Khamenei, vowed to strike due to this horrific incident. According to the BBC reports, Western intelligence agencies believe Fakhrizadeh was behind a covert Iranian nuclear weapons program. Iran insists its nuclear program is for peaceful purposes.