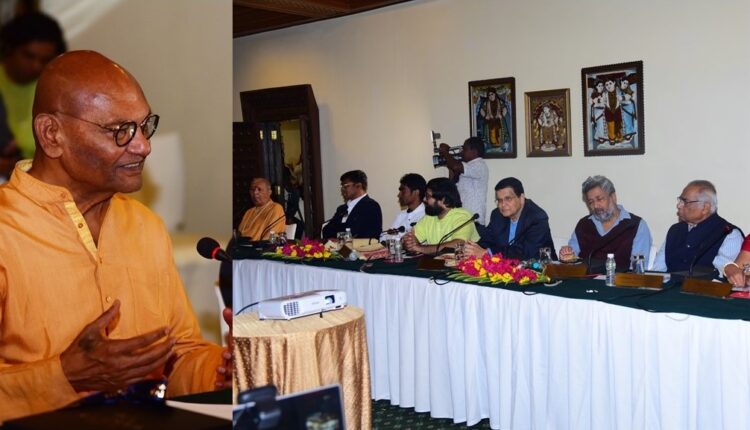 Bhubaneswar: In the past, Anil Agarwal front led industrialisation of Odisha, now his proposed Digital University will revolutionise higher education making it more accessible and affordable to the needy in the State, said Dr Damodar Acharya.

In the side line of Make in Odisha Conclave 2022, the chairperson of Vedanta Group Anil Agarwal had an interaction with eminent personalities of the State under the aegis of Odisha#1st forum chaired by flute Maestro Padmavibhushan Hariprasad Chaurasiya.

While appreciating the contribution of Vedanta and its founder Anil Agarwal in growth, progress, and prosperity of Odisha the well-known technocrat of the State Dr Acharya, Ex-Director IIT and AICTE had told that, “Digital University proposed by Shri Agrawal in Odisha will usher-in the future path of education not only in the State but in the country at large. The Digital University will enable the students to enroll from nook and corner of the State and will give them global exposure.”

“It would also be a platform for exchanges with the students from abroad. In short, it will be an International University and part of the student population will be from abroad. The university will not only make the cost of study cheaper, but it will also open the doors for placements in the country and abroad. In a sense, Digital University, university first of its kind will revolutionise the system of imparting education and will bring in a new normal in the higher education making it more accessible and affordable to the needy,” Dr Acharya stated.

Dr Acharya also complimented Anil Agarwal for such a unique contribution. He extended hearty thanks to Rahul Sharma, CEO–Aluminium Business, Vedanta Limited and T K Chand, a well-known industry professional of the State and President, Vedanta Aluminium for their drives in introducing such meaningful interaction in the side line of Make in Odisha-2022.