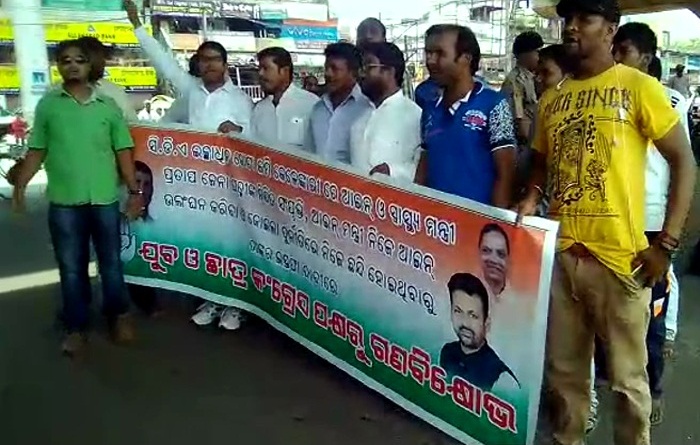 However, Pratap Jena termed the protest against him as “intentional” and allegations “baseless”.

“Such protests are being carried out against me intentionally. The allegations are completely baseless. The properties that I have given on lease before 2009 and 2014 elections were CDA land and my wife’s name has been mentioned on the record,” Jena said.

Yesterday, the Youth Congress workers had staged protest in Bhubaneswar demanding resignation of Jena over the issue.

Recently, the Cuttack Development Authority (CDA) had served notice to Jena’s wife against allotment of plot under DQ.