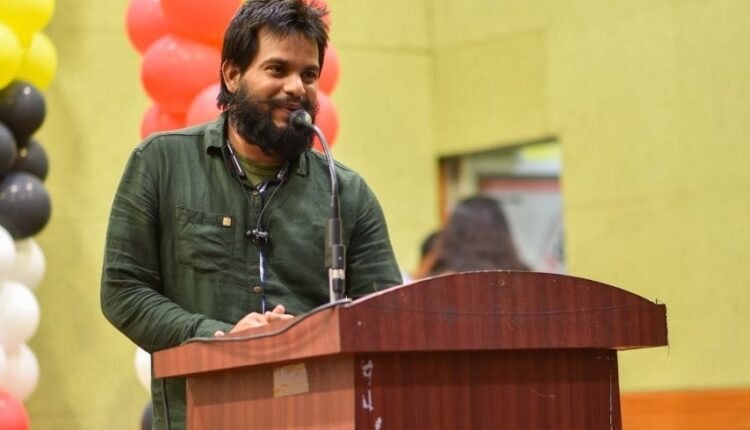 Bhubaneswar: Death case of social activist and motivational speaker Aditya Dash is getting shriller by the day with one more shocking revelation coming in from his mother.  After aide Bikash Baral stated that Aditya had a relationship with the ‘psycho lady’, his mother today said the woman used to emotionally blackmail her son for marriage.

Speaking to mediapersons, Aditya’s mother said the Balasore girl used to call him frequently  and blackmail her saying that she would end her life if he does not marry him. She also used to threaten Aditya through TikTok videos.

“All information are there in Aditya’s mobile phone.  She had also threatened Aditya of dire consequence around 10 to 12 days before his marriage. We have submitted the audios and TikTik video to the Crime Branch as evidence,” she stated.

She further said, “the girl wanted to marry my son after seeing his photo on social media.  Aditya was interested to marry her and  had sent her photo to us. However, Aditya later got frustrated with her behavior and refused to marry her. In fact, he had described the woman as a psycho due to her behavour.”

Yesterday, Bikash stated that both Aditya and the girl were in a relationship. However, he does not have any idea about her mental illness. Bikash further said that Aditya had introduced him to the woman  when she had visited the old-age home at Sundarpada on the city outskirts here six to seven months ago.

Earlier, Aditya’s father had stated that the ‘psycho lady’ used to blackmail his son and wanted to marry him. However, Aditya was never in a relationship with her, he had stated.

Notably, Aditya was found dead on the railway track near Lingaraj Temple Road station here on July 7. He had gotten married on June 9. He was running the old-age home at Sundarapara in the city and was involved in various social service through his NGO ‘People For Seva’.