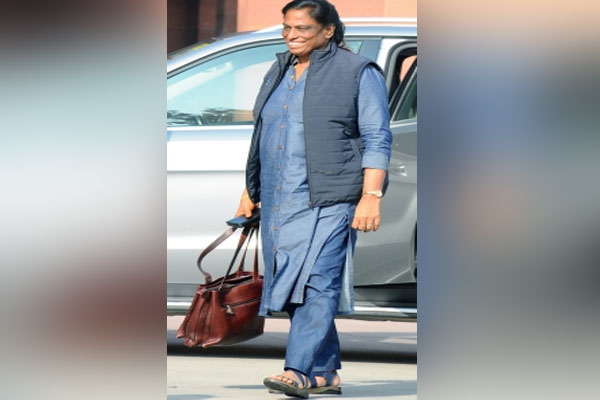 New Delhi: Legendary former athlete and nominated Rajya Sabha member P.T. Usha has been nominated to the panel of vice-chairperson.

Announcing the decision, Chairman Jagdeep Dhankar said, “This is the first time a nominated member has been appointed in the panel.”

Along with her, YSRCP member Vijai Sai Reddy has also been nominated.

Meanwhile, Leader of the House Piyush Goyal demanded an apology from the LoP Mallikarjun Kharge for his speech in Alwar.

The Opposition also pressed for the discussion in the House on Chinese transgressions in Arunachal Pradesh.