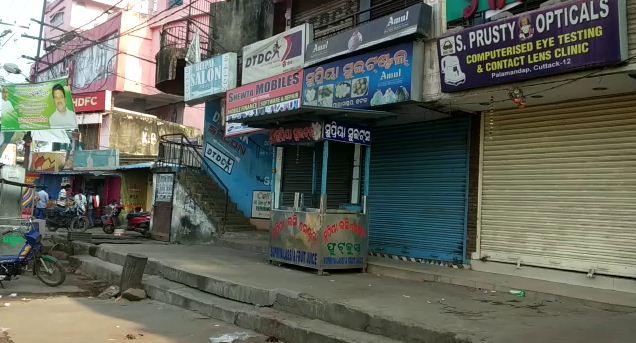 Bhubaneswar: The Federation of All Odisha Traders’ Association (FAOTA) is observing a peaceful bandh across the state today protesting the attack on CRPF jawans in Jammu & Kashmir’s Pulwama.

FAOTA has extended its support to the nine-hour countrywide trade bandh called by the Confederation of All India Traders (CAIT) from 7 AM to 4 PM as a mark of respect to the 49 martyred CRPF jawans.

Shops and business establishments in the state remained closed due to the bandh observance. However, fuel pumps and medicine shops have been excluded from the ambit of the bandh.

Calling for a peaceful bandh to protest the attack, FAOTA General Secretary Sudhakar Panda said, “We stand with the government for unity and security of the nation and security forces”.

“We stand in solidarity with the families of the CRPF jawans who were martyred in Pulwama for the service of nation while safeguarding the borders of India,” Panda added.

The Cuttack Chamber of Commerce has decided to provide an assistance of Rs 50,000 each to the families of two martyred jawans of Odisha– Manoj Behera and Prasanna Sahu.