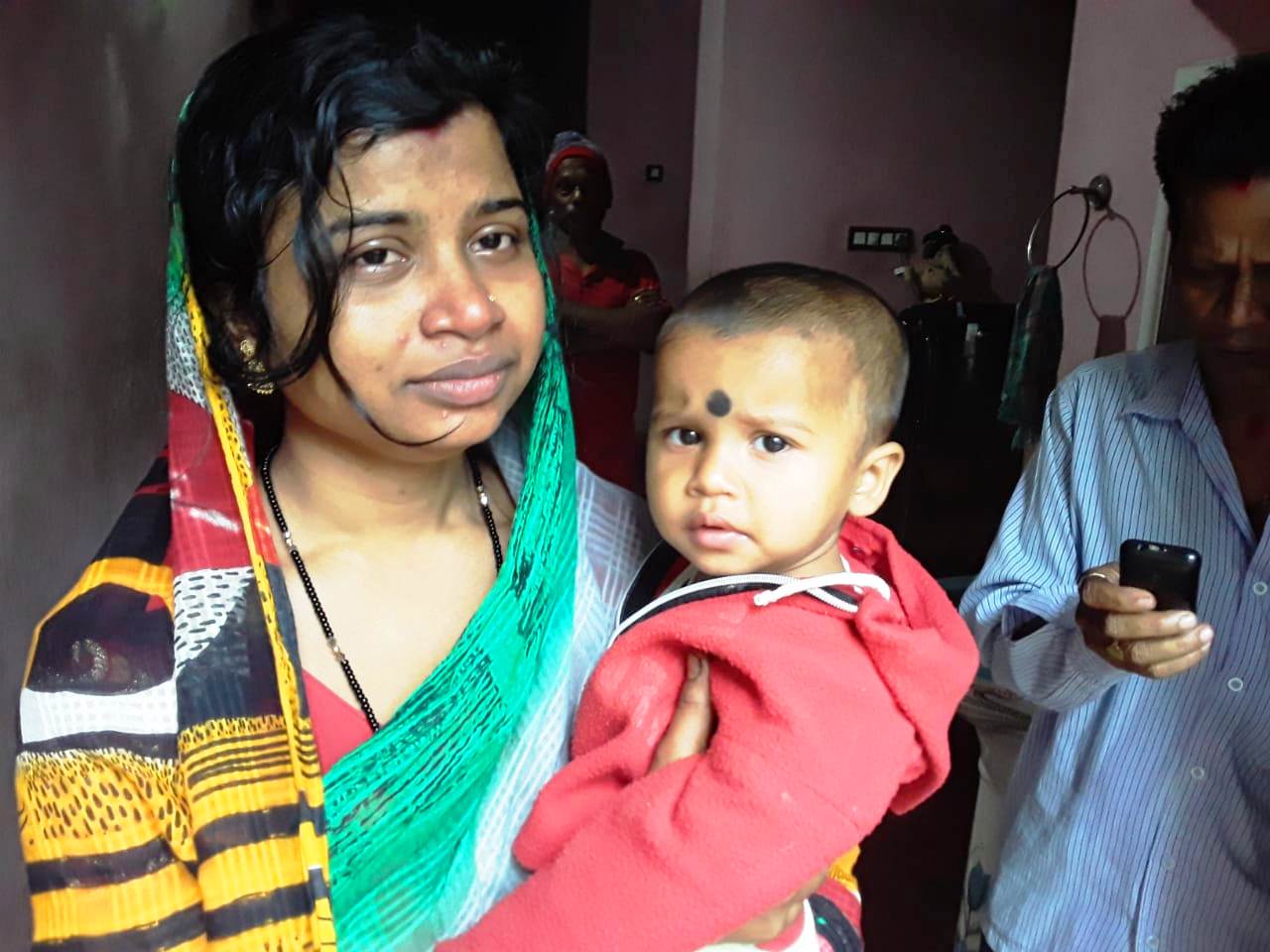 Bhubaneswar: Little did she know that this was her husband’s last phone call to her and she will never hear his voice thereafter. Married to Constable Manoj Kumar Behera, who was martyred in Pulwama terror attack yesterday, for only two years, Ililata Behera of Ratanpur village under Niali area in Cuttack district is yet to accept the harsh reality that her husband has attained martyrdom.

Manoj, who had joined CRPF in 2006, had spoken to Itilata over phone yesterday morning. Hours after, Ililata could not believe her ears when she heard that her husband was among the 45 CRPF Jawans, who have been killed in the worst terror attack at Pulwama, 30 km from Srinagar.

Ililata, who married Manoj on January 20, 2017 and has a 1-year-old daughter, was in tears while recalling his last conversation with her beloved husband.

“I will be leaving for Srinagar today for which I woke up at 3 AM. But will start a bit late since the road is not clear. I will call you again once I reach there,” recalls Ililata sharing the last few lines of the telephonic conversation.

A tete-a-tete with Odisha-born ‘Chhapaak’ actor…

Manoj’s mother Sabitri Behera, whom he called last at around 1 PM yesterday, said he had come on a vacation on December 24 last year. “He was very happy. We celebrated his daughter’s birthday on January 16. Then he went back on February 6,” said teary-eyed Sabitri.

Similarly, a pall of gloom descended on the family of martyred Jawan Prasanna Sahu of Shikhar village under Naugan police limits of Jagatsinghpur district.

Parshana, who was posted as a Constable at 61 Battalions of CRPF, had last come to his house in November last year, said his inconsolable wife, who is yet to come out of the shock.

His daughter Sony, who is deeply broken after the tragedy, said, “My father laid down his life for the nation. I and my family are proud of him. He had always had this dream to do something for the country. But as a daughter, I lost my father which is irreparable.”